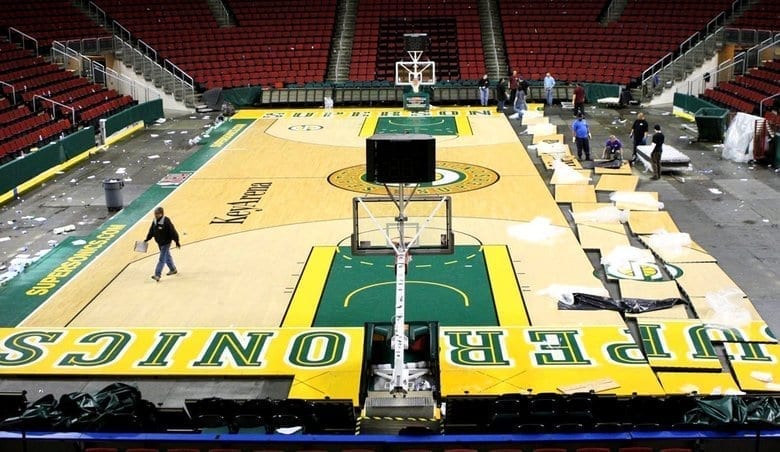 Seattle might not have an NBA team, but they’re about to have an NBA-standard arena which could further legitimise the city’s longstanding desire for an eventual Sonics return.

The Seattle City Council unanimously voted to approve a $700 million renovation of KeyArena on Monday afternoon, according to The Seattle Times.

The works will be more of a demolition than a renovation, and will be carried out by the Oak View Group with an eye on securing an NHL team.

In fact, the project will only go ahead once the NHL Board of Governors officially awards Seattle an NHL franchise for the 2020-2021 season.

And while the new arena hardly guarantees the city an NBA team, it certainly doesn’t hurt their chances.

The ownership group behind the NHL push has also flagged strong interest in bringing the NBA back to the city.

“The answer is absolutely,” investment banker David Bonderman said in March, per ESPN.

“If there is a franchise to be had from the NBA, we want to be up there fighting for it for Seattle.”

Related Article:  Kyrie Irving Sounds Sold On Staying In Boston, But Will That Last?
-->