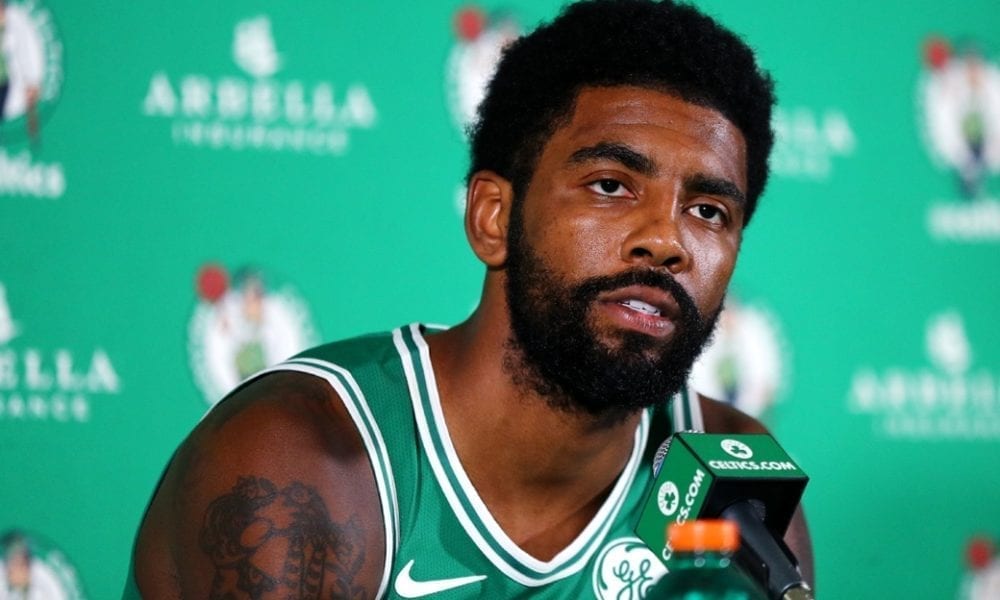 Kyrie Irving hasn’t even spent a full season darting around Boston’s iconic parquet floor, but he’s already being forced to contemplate his future once more.

Irving will enter free agency next summer, and while the star point guard is notoriously enigmatic, he’s been sending uncharacteristically clear signals lately.

Last week he told ESPN’s Jackie MacMullan that Boston could beat Golden State in a seven-game series “because of who we have and what we’re establishing here”.

On media day he told NBA TV’s Kristen Ledlow “Boston is the place for me”, while dreaming of having his jersey hanging from the TD Garden rafters when speaking with Celtics.com.

"There are times where I think about having #11 in the rafters hopefully one day." pic.twitter.com/2Fbp1Z36lS

The only problem with buying too much into Irving’s comments is that a lot can change between now and next summer, and Kyrie can be unpredictable.

He also left a contending squad in Cleveland because he wanted to be the man, and would it shock you if he did the same thing in Boston as Jayson Tatum and Jaylen Brown continue their meteoric rise?

Additionally, Irving has shown in the past that he has no problem in leading fanbases on, only to veer in a different direction down the track.

That’s exactly what he did with fans of the Australian national team, even if many were never buying his pro-Australia comments from the beginning.

(Full disclosure: I am one of those salty Australians).

None of this is to say Kyrie is definitely leaving Boston.

But we’d all do well to take his comments with a grain of salt at this early stage.

Related Article:  Former GM: 'I Would Bet Everything I Own That Giannis Leaves Milwaukee'
-->