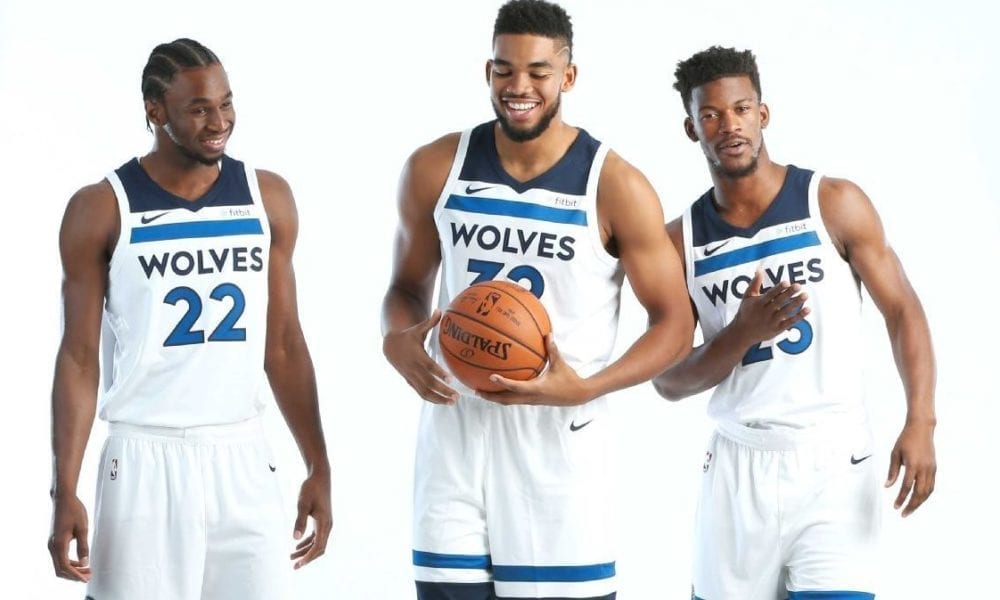 You might think signing two number one picks and a hyper-talented All-Star would spell happy days ahead for any franchise.

But when it’s the Timberwolves you’re taking about, things work differently and happiness is nothing but a cruel lie.

And while Jimmy Butler demanding a trade on Wednesday is clearly a massive problem for Minnesota, their issues hardly end there.

Thibs has too much power

Coaching roles and front office gigs are all-consuming just on their own. Trying to do both is insane.

Each job also demands completely different skillsets, and it’d be naive to think that being good at one means you’ll be good at the other.

You’d think that team owners would learn from the mistakes of their counterparts, but Minnesota Glenn Taylor made Tom Thibodeau his head coach and president of basketball operations anyway.

Since then, Thibs has spent his time trying to sign every Bull he slaughtered in a previous life, reuniting Jimmy Butler and Taj Gibson with the ghosts of Derrick Rose and Loul Deng.

You may recall Doc Rivers showing us all he was unfit for front office duties in similar fashion, when he began feverishly signing as many former Celtics as possible.

Karl-Anthony Towns is one of those young players who needs to be pushed and challenged before he’ll give his best.

The problem is, when Jimmy Butler arrived and did exactly that – albeit in slightly over the top, Jimmy Butler fashion – Towns crumbled.

Towns reportedly won’t even sign his rookie max extension until the T-Wolves figure out what they’re going to do with Butler.

Throw in the big man’s lack of effort and desire at the defensive end and you have yourself a problem.

Andrew Wiggins could and should be so much more

Andrew Wiggins has all the physical tools to be a defensive monster – height, length and freakish athleticism.

But he simply hasn’t been able to put it together at that end of the floor, despite being coached by a man who’s famous for his unwavering defensive focus.

Wiggins also regressed significantly on offence, his scoring average dropping from 23.6 points per game to 17.7 when Butler arrived on the scene last season.

He then complained about being the third wheel in Minnesota, but never stopped playing like one.

Behind the scenes carnage

According to Adrian Wojnarowski, there’s plenty of tension right throughout the Timberwolves organisation, “from friction within the locker room to the basketball operations group’s poor relationship with the business side”.

Unsurprisingly, Thibodeau – who also ruffled plenty of feathers in Chicago – is heavily involved.

It’s also been reported by Woj that owner Glen Taylor has grown concerned with the franchise’s culture with Thibodeau wielding so much power, and has even second-guessed his decision to give Thibs full control of basketball operations.

What a time to be alive, T-Wolves fans.