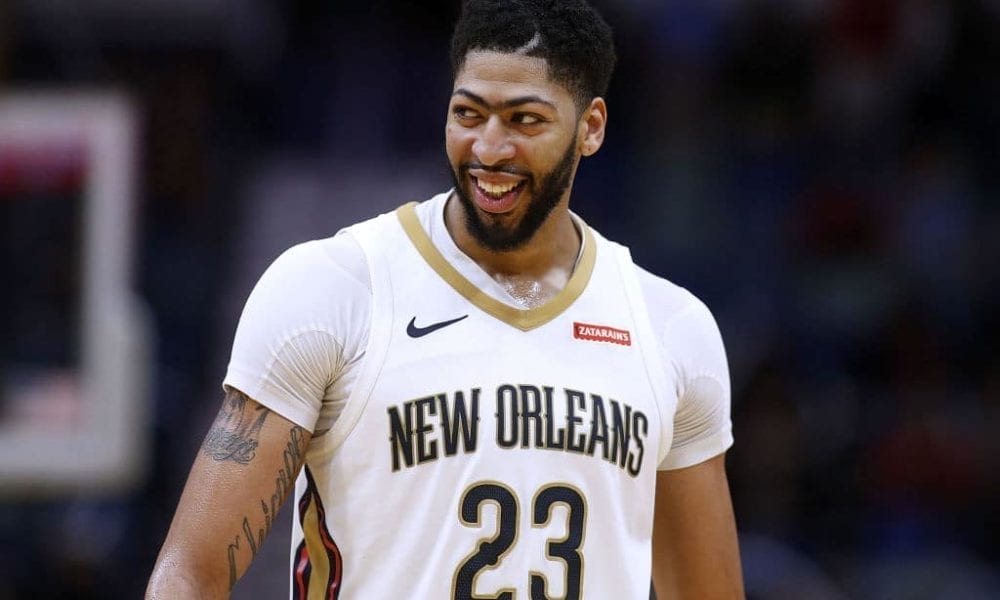 Fuelling that speculation – with Bill Simmons being one of the chief architects – was the report’s claims that Klutch Sports’ Rich Paul, who also represents LeBron James, was the favourite to secure Davis’ services.

If AD is going to Klutch (and it seems like he is), the Lakers should just start selling AD jerseys right now.

And while it’s easy to suggest that there could be some sort of collusion between LeBron’s camp and AD’s, there’s reason to believe that might not be the case.

Because money talks, and the Pelicans can offer much more of it than anyone else.

Davis won’t become a free agent until 2020, but he’ll be eligible to sign a super max extension next summer, which would be the largest contract in NBA history.

The Lakers just won’t be able to compete financially, so AD would have to be really set on going there.

Of course, it’s not completely out of the question.

Nothing is when it comes to NBA free agency, and we all know the Lakers habitually land superstars.

But Davis would want to be heading to a pretty rosy playing situation if he’s leaving all that money on the table, and LeBron will be 35 by the time AD can bolt for Hollywood.

Meanwhile, the Pelicans will still be nervous until the moment AD inks that extension, especially if they can’t make continued noise in the playoffs.

But they’ll always have money on their side.