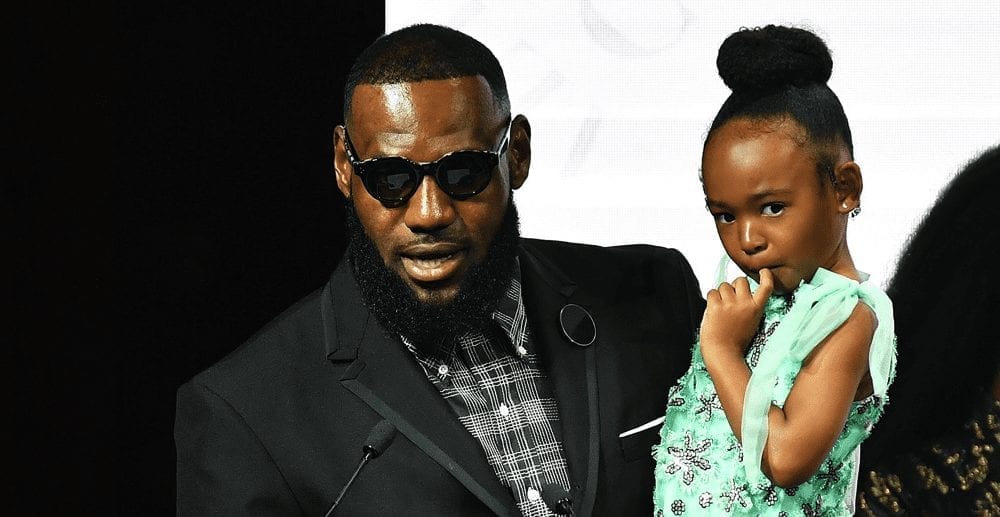 Speaking defiantly with his three-year-daughter in his arms, LeBron James declared on Tuesday he “stands with Nike” following the company’s much-talked about Colin Kaepernick ad campaign.

Appearing at a fashion event in New York, LeBron said he stood “for anybody who believes in change.”

“I stand with Nike, all day, every day,” he added.

Kaepernick, the former San Fransisco 49ers quarterback who famously protested police brutality by kneeling during the national anthem, was unveiled as the face of the campaign on Monday.

Believe in something, even if it means sacrificing everything. #JustDoIt pic.twitter.com/SRWkMIDdaO

The ad sparked nationwide debate, with some fans upset that Nike promoted a player they perceived to have disrespected the flag.

Some even cut the company’s logo off their clothing and posted the images on social media.

Among those slamming Nike was President Donald Trump, taking to Twitter in characteristic fashion to express his rage.

Just like the NFL, whose ratings have gone WAY DOWN, Nike is getting absolutely killed with anger and boycotts. I wonder if they had any idea that it would be this way? As far as the NFL is concerned, I just find it hard to watch, and always will, until they stand for the FLAG!

Meanwhile, a video version of the ad dropped online on Wednesday, and will air on TV for the first time on Thursday.

Believe in something. Even if it means sacrificing everything. #JustDoIt pic.twitter.com/x5TnU7Z51i

According to ESPN, Nike was mentioned 3.4 million times on Twitter in the 21 hours after Kaepernick tweeted the ad.

Related Article:  Ray Allen Not Expecting To Hear From Ex-Celtics Teammates Before Hall Of Fame Induction
-->