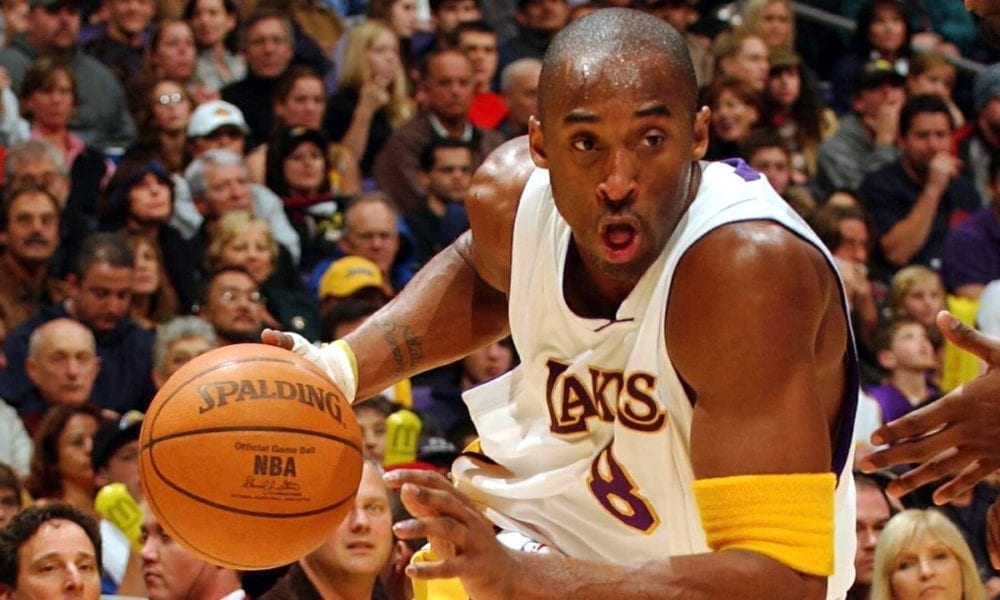 On the eve of the 2005-06 season, Kobe Bryant looked around at every member of his C-grade supporting cast and said, “Fuck it, I got this.”

Well, I’m assuming that’s what happened, with Kobe proceeding to average a ridiculous 35.4 points per game that season.

Apparently that’s what happens when you put someone as offensively gifted and relentlessly competitive as Bryant alongside the likes of Smush Parker, Chris Mihm and Brian Cook (three of the team’s top five scorers that year).

It was the highest single season scoring average since Michael Jordan put up 37.1 points per game in 1986-87, Wilt Chamberlain and Rick Barry the only others to average more.

Kobe put up an incredible 27.2 field goal attempts per game that season, just under a third of the entire team’s shots.

Playing 41 minutes a night, the Mamba was putting up a shot every minute and a half on average.

But here’s where the stats get really crazy…

The Lakers had the league’s number three offence when Kobe was on the floor, but were dead last (by a long way) when he sat.

The worst overall team rating that year was 101.1, and LA’s rating without Bryant was 92.4.

And despite the lack of talent around him, Bryant dragged the Lakers to 45 wins anyway, before taking Phoenix to seven games in the first round of the playoffs.

Kobe had his 81-point game that season, as well as a 62-point outing and four other games with 50 points or more.

He had at least 30 points in 56 of the 80 games he played, while finishing with less than 20 on just three occasions.

Ok, enough of the stats, you get the picture…let’s break down Kobe’s top games from his most prolific scoring season.

Kobe was so hot, so locked in, that it felt as though his teammates could’ve gone home at quarter time and it wouldn’t have mattered.

It’s hard to even fathom how demoralised Jalen Rose and the Raptors must’ve felt that night.

Kobe put up a mind-boggling 46 shots, and yet still made 61 percent of them, also hitting 7-13 shots from outside the arc.

What does a man have to do to draw a double-team?

The craziest part of Kobe’s 62-point night against Dallas was that he could’ve scored so much more.

Bryant did all that damage in just three-quarters, ultimately sitting out the fourth with the win well and truly in the bag.

He also did it against a team with one of the best records in the league, a squad which ultimately reached the Finals.

Torching one of the best teams in the league in three quarters…now that arguably ranks above dropping 81 on the Raptors.

The Lakers-Kings rivalry had already peaked by this point, but Kobe was still in kill mode the moment he touched down in Sacramento on January 19, 2006.

While Bryant filled the stat sheet more thoroughly than his two higher scoring games of the season (recording 9 rebounds and 4 assists), he also shot at an inferior rate (48% FG, 33% 3PT) and couldn’t get the win.

While it seems outrageous to pick holes in a 50-point game, the fact we have so many of them to compare and dissect speaks volumes of Kobe’s freakish scoring ability.

Three a half months after dropping 51 on the Kings, Kobe dropped 51 on the Suns.

This time he got there with an two extra field goals and two less attempts.

Unfortunately for Kobe, the ‘Seven Seconds Or Less’ Suns were used to weathering offensive onslaughts by fighting fire with fire and simply outscoring opponents.

It probably didn’t help that no one outside of Bryant, Odom and Parker scored more than 4 points.

Additional fun fact: Kobe dropped 50 on Phoenix again that season, once the first round of the playoffs arrived.

Incredibly, 40 of those points came in the second-half as Bryant caught fire later in the night.

Kobe shot 2-12 in the first half and 15-29 in the second, as the Lakers edged the Brand-Cassell-Mobley era Clippers by three points.

Kobe’s mid-April game against Portland had all the additional extras you’d want from a 50-point game: efficiency, a win and a 360 dunk.

What more could you ask for?

The original plan was to cap this list at 50-point games, but Kobe’s 48-point outing against Philadelphia stands out for a number of reasons.

For starters, Kobe shot at a blistering 65 percent from the field (19-29), while hitting 7-7 from downtown.

He also topped it off with 10 rebounds and a 26-point win.

The Lakers legend has only been retired for two years, but these are the kinds of performances fans all over the world already sorely miss.

No one knew how to slaughter an opponent quite like the Mamba.