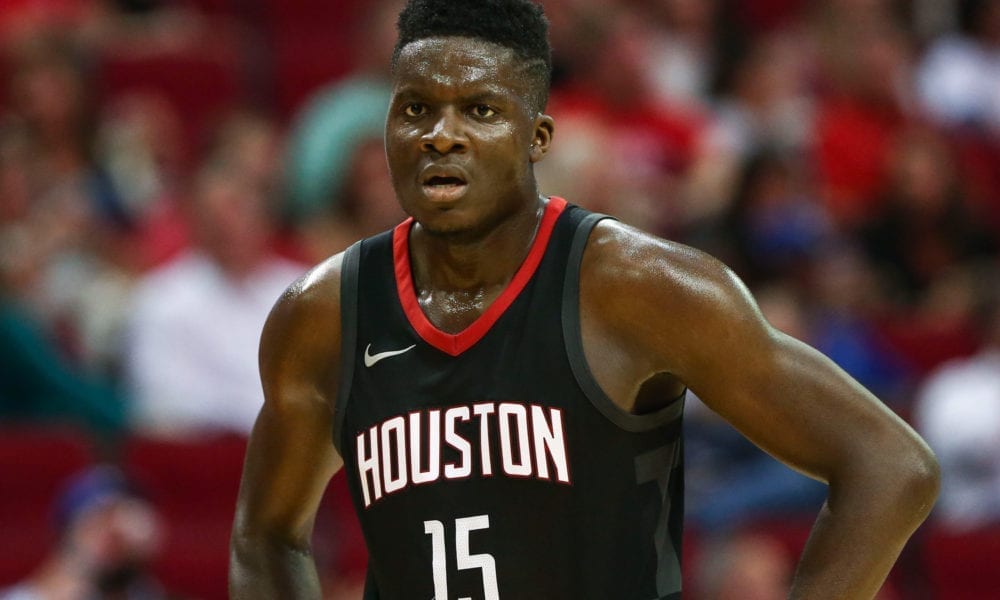 Having rattled off close to 14 points and 11 rebounds for a near-championship team, Clint Capela says he should’ve been an All-Star last season.

He then backed up that claim with another: he will be an All-Star next season.

And while players often peak in contract years before slumping once they get paid, Capela is determined to buck that trend after signing a five-year, $90 million deal with the Rockets over the summer.

“I definitely think I should have been [an All-Star in 2017-18], but I didn’t complain about it,” Capela told The Athletic’s Kelly Iko.

“It’s all about the consistency. By just doing the work that I do, for sure I’ll be an All-Star next year.”

Capela emphasised that he’d been putting in work all summer to make that happen, saying he adopted the “never settle” mentality that became the Houston Astro’s rallying cry on their way to winning this year’s World Series.

“As a basketball player, I like to do it,” he said.

Capela’s first chance to live up to his bold claim will be when the Rockets open the season against the Pelicans at home on October 17.

Related Article:  Ray Allen Not Expecting To Hear From Ex-Celtics Teammates Before Hall Of Fame Induction
-->