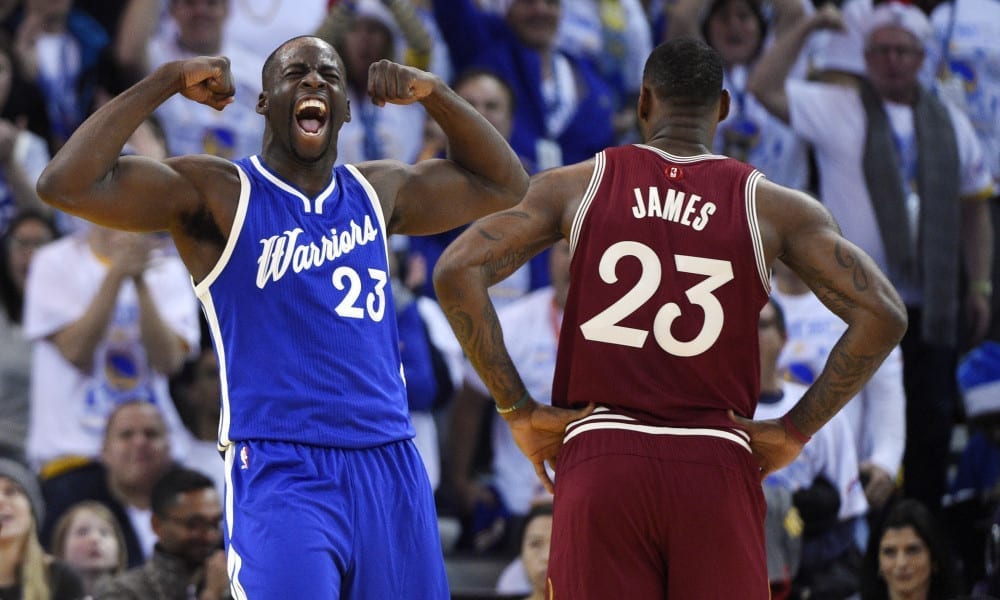 LeBron James only became the best player in the world once he truly embraced that tag, according to Draymond Green.

Speaking on LeBron’s new HBO show The Shop, Green – who has faced James in the past four Finals – said the King had previously been hesitant to stake his claim as the greatest player in the game.

“He found himself. People didn’t start to view him as they view him now, until he became that force, that man to say, ‘I’m here.’ I feel like for years he shied away from saying, ‘I’m here.’

“And when he started to say, ‘F— y’all, I’m here,’ that’s when he became who he is, and no one would have ever said that until he did it himself.”

Green’s comments continue the strange relationship between him and James.

There have been years of animosity between the two of them on the court, LeBron goading Green into getting suspended on his way to the 2016 title being the best of many examples.

Yet here they are, business partners on the same HBO show.

And even then, there were slight ‘backhand compliment’ vibes to Green’s remarks about LeBron here, with the added wrinkle of Draymond’s teammate Kevin Durant undoubtedly having something to say about James being the best player in the game.

It’s hard to know what’s real and what’s just for the cameras when it comes to these two.

The only thing we know for sure is that there’s never a dull moment when Draymond’s in the room, especially when he’s sharing it with LeBron.