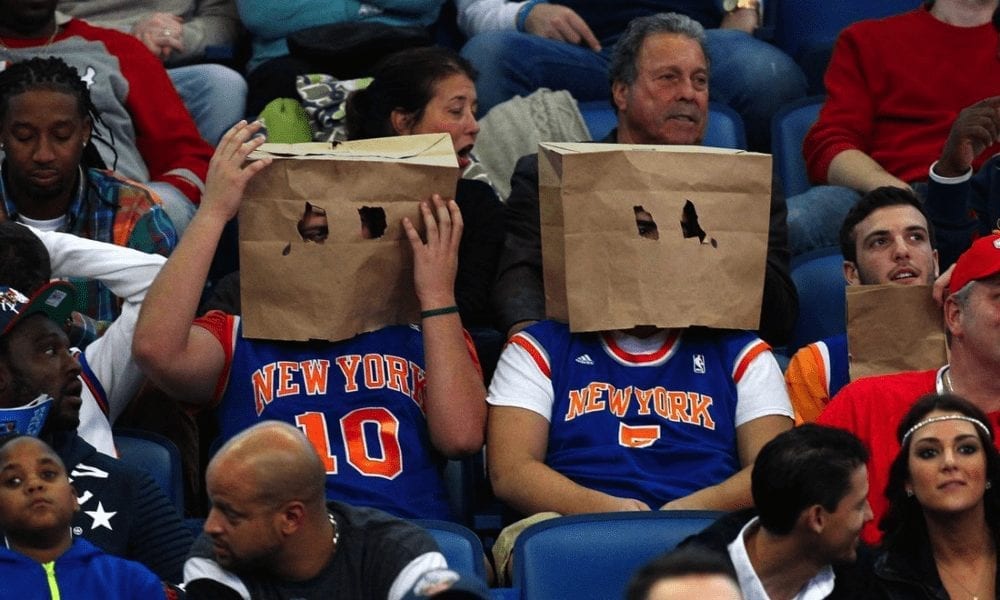 Well, you might not know him by name, but you’ve heard about what he’s done.

He’s the dumbass who sold his Knicks fandom on eBay for $3,450 this week.

Perlmutter did this because he loves attention more than your three-year-old nephew, while the man who purchased it did so because he believes it will make his struggling YouTube channel relevant.

But what’s being overlooked here is the reason Perlmutter claimed to behind the sale of his fandom: the Knicks passing on Michael Porter Jr.

Just to reap: of all the Knicks’ front office atrocities, what tipped him over the edge was the team selecting ridiculously exciting Kentucky forward Kevin Knox over a man who just underwent his second major back surgery in nine months.

And to top it off, Perlmutter will now be taking his talents to LA to become a Lakers fan.

Of course he is.