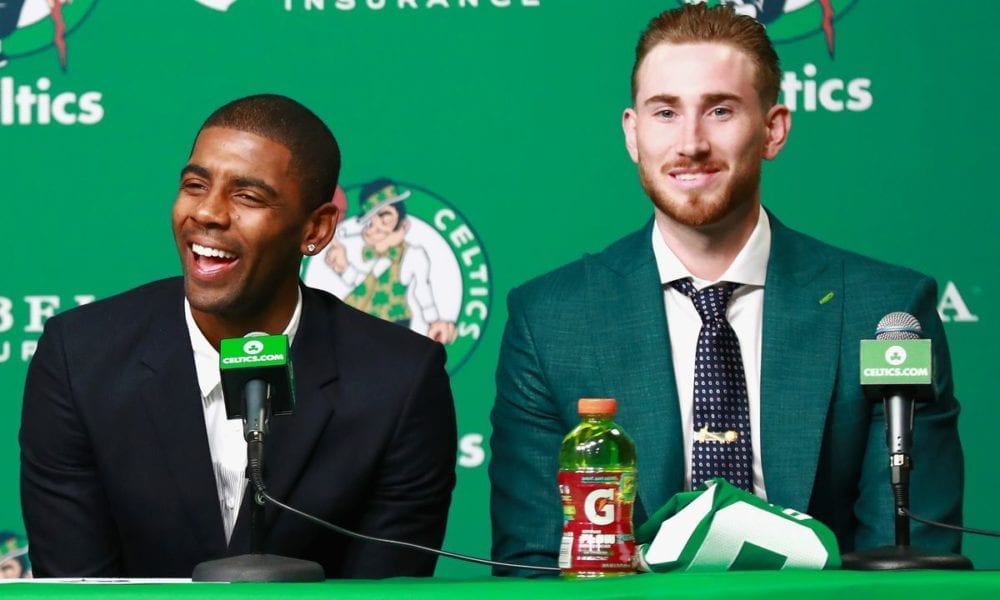 It’s been a long time coming but Celtics president of basketball operations Danny Ainge has confirmed that both Gordon Hayward and Kyrie Irving are fully healthy and ready for the new season.

“I don’t want to hype it up too much, but I’m saying that if our training camp were starting today that they would be here today going full speed,” Ainge told ESPN on Monday.

“It’s not like they need an extra month. I think that they know they have an extra month, so they are sort of pacing themselves. They’re playing as if to build up to that opening day of training camp.”

Hayward and Irving haven’t played since October 17 and March 11 respectively but both players will touch down in Boston for some pickup action this week, before training camp begins on September 26.

Ainge reiterated that neither player was facing any physical restrictions.

“They’re doing everything, dunking the basketball off both legs and playing one-on-one live and jumping and cutting and defending,” he said.

Hayward and Irving are expected to make their regular season returns on opening night when the Celtics host the 76ers on October 16.

However they could be uniform as soon as October 2, when Boston opens its preseason at home against the Cavs.