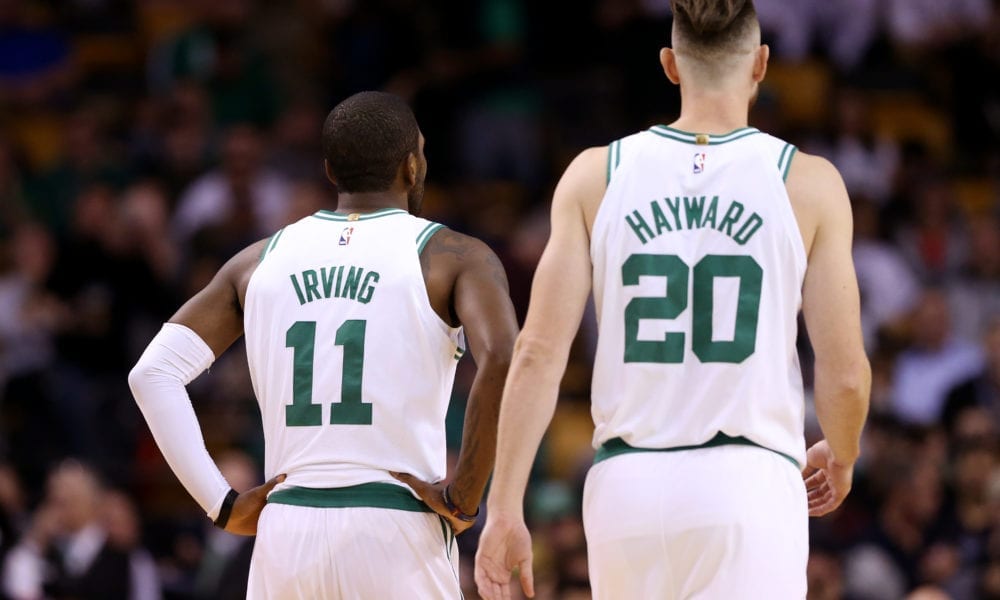 It’s one of the hottest hot takes in basketball:

“The Celtics are better without Kyrie Irving and Gordon Hayward.”

Celtics president of basketball operations Danny Ainge hears it all the time, and he can’t believe it.

“I get a kick out of the fact that, everywhere I go, people don’t think we need Kyrie or need Gordon Hayward,” Ainge said earlier this week, via ESPN’s Chris Forsberg.

“…So we need Gordon and Kyrie, absolutely need them. If this playoff run and all the series of the playoffs didn’t show that, then I don’t know what does.”

The school of thought Ainge so wholeheartedly disagrees with emerged when the undermanned Celtics made a remarkable run all the way to Game 7 of the Eastern Conference Finals.

This led many to think their selfless team play, which certainly wasn’t hurt by the absence of a traditional big-name superstar, was more desirable than having players who need the ball in their hands like Irving and Hayward.

But that is discounting one thing: the NBA is about starpower.

You just can’t win championships without it.

No team ever does.

And Danny Ainge knows it.