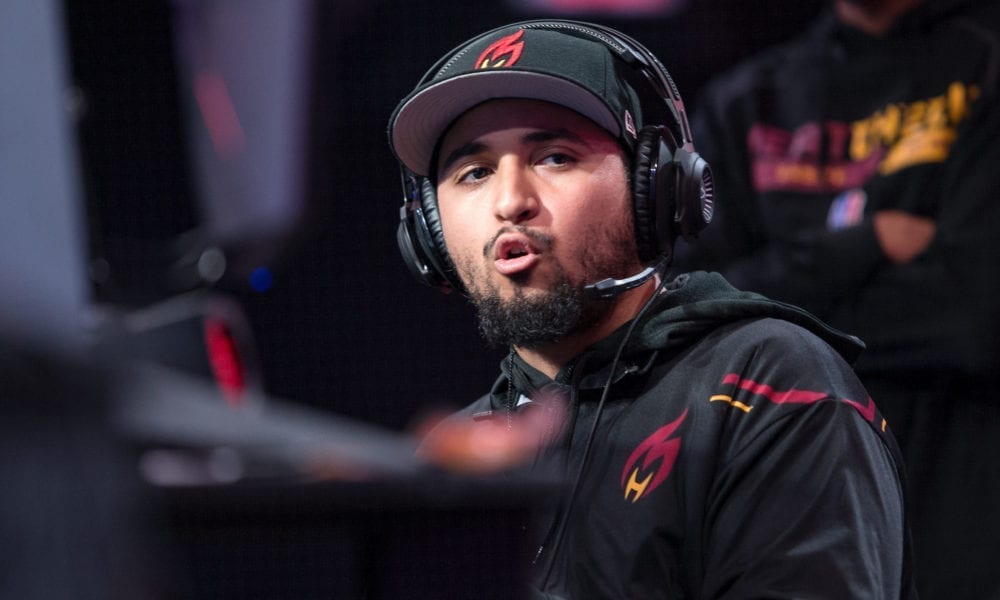 For the past three months, teams across the NBA 2K League have all been grinding and fighting with one main goal in front of them: to make the playoffs. After an eventful ending to the regular season, eight teams went into last weekend achieving that goal.

The bracket was set and the first round got underway on Friday evening. Unlike the other rounds, the first round was single elimination. One bad game and you are eliminated from the playoffs.

The first game of the playoffs was a matchup between arguably the most well rounded team in the playoffs, 76ers GC, and a Wizards District Gaming team led by MVP finalist, BooPainter.

Even with a 45-point performance from BooPainter, the 76ers were too much for the Wizards. Radiant proved he should have been an MVP finalist with 32 points and 14 assists. Steez finished with 28 points and 10 rebounds and Philly cruised to a 19-point victory.

The second playoff game of the day was the other matchup on the right side of the bracket. In a matchup between two MVP finalists, Heat Check Gaming’s Hotshot and his 54 points were too hot to handle. Miami would pull off the upset by 18 points.

As the four and five seeds in the playoffs, Cavs Legion and Raptors Uprising dueled it out in the third game of the day. Toronto was riding a five game winning streak heading into the matchup, but Hood and the Cavs proved too much. Cleveland won the game 77-65.

The last game of the day was left for the best team in the league: Blazers5 Gaming. Sitting at 11-2 with the MVP of the league in OneWildWalnut and the top overall seed in the playoffs, it looked like the last game of the night was the beginning of a long playoff run for Portland.

But the Knicks had other plans.

With the New York crowd behind them, Knicks Gaming had all the confidence in the world from the opening tip to the ending buzzer. Every time Portland seemed to make a little run, New York was there to answer. The Knicks ended the first half on a 16-9 run.

The second half, in particular the fourth quarter, belonged to the Knicks and that thunderous crowd. It was truly one of the more entertaining quarters of the entire NBA 2K League season. The Knicks would eventually pull off the monumental upset 82-78.

Goliath fell and the second round was set for Saturday. In the semi-finals, it was a best of three series in each of the matchups. Up first were Philly and Miami. Philly was the two seed in the tournament considered by some as the best overall team in the playoffs, but Heat Check Gaming came in as the sixth seed rolling on all cylinders.

Game one was the Hotshot show. With the offense centered on the MVP finalist, Hotshot went 25-34 from the field and finished with 52 points. Miami continued their hot streak and stole game one by just five points.

The second game of the series was do-or-die time for the 76ers. After shooting just 2-11 from behind the arc and surrendering 45 points to Hotshot, Philly found themselves as the next victim in Heat Check Gaming’s run. Miami once again pulled off the upset and secured their spot in the first NBA 2K League Championship.

Would they face a Cavs Legion team led by one of the league’s best scorers in Hood or would they face the streaking Knicks team coming off the big upset over the Blazers?

After a back-and-forth first three quarters, Cavs Legion outscored the Knicks 22-14 in the fourth quarter to grab the first win and gain the momentum. Hood logged 27 points and 16 assists while three other starters finished with double-digit scoring.

Now it was time for Knicks Gaming to really show what they were made of.

After trading back-to-back big quarters in the middle of the game, the second game of the series came down to the last play of the game. Knicks Gaming was up by two points with the crowd going crazy. Cavs Legion had a chance to tie the game at the buzzer, but a big block from Goofy saved the game for the Knicks.

They were headed for a winner takes all game three.

Could Hood and the Cavs rebound back and secure their spot in the finals? Could the Knicks pull off another epic playoff moment and win back-to-back games to head to the finals?

From the opening tip, it was like the momentum and energy from game two carried over. Knicks Gaming took off and outscored the Cavs 25-14 in the first quarter. Cleveland would make their runs, but New York was always there to keep the game in check. In the end, the Knicks would continue their incredible run and win the game by three points.

The duo for the Knicks once again led the way. Adam finished with 36 points and nine assists while Goofy held his own in the paint with 22 points and 20 rebounds.

The finals are set. Two of the lowest seeded teams in the playoffs now find themselves headed to the finals. New York, as the 8th seed, only got into the playoffs because of their automatic playoff bid from winning The Ticket tournament back earlier in the season.

Miami, as the sixth seed, needed a victory on the last weekend of the regular season to secure their playoff bid and has been led since day one by Hotshot, who some around the league thought should have won the MVP award.

Scoring a combined 97 points in the semi-finals series, will Hotshot continue hovering around the 50-point mark during the finals? What about the duo of Adam and Goofy for the Knicks?

The finals, which are a three game series, are slated to get underway on Saturday August 25 at 4:00 p.m. ET on twitch.tv/nba2kleague.