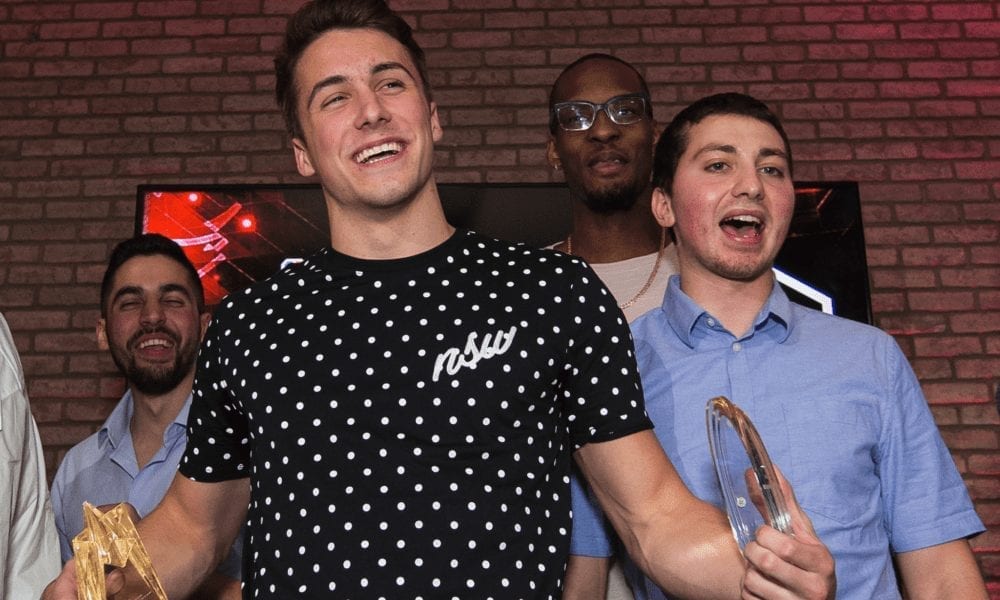 Walnut averaged 21 points and 14 rebounds a game while leading the Blazers to a 12-2 record and the number one overall seed in the playoffs. His 2.6 blocks per game and 2.2 steals per game also awarded him the Defensive Player of the Year Award.

The other MVP finalists were BooPainter, Hotshot, Lets Get It Ramo and Mama Im Dat Man.

The Play of the Year, voted on strictly by the fans, was award to Washington’s BooPainter with his behind-the-back move through the paint.

The Sportsmanship Award was awarded to xTF3sHxX of 76ers GC and the Community Engagement Award was handed out to the guys at Raptors Uprising GC. For the Coach of the Year, Duane Burton of Pistons GT took home the hardware.

The awards were announced on Twitter through the official Twitter account for the league, but were announced in person in New York City at a banquet for the entire league.

“We are like one big family,” Dimez, the number one overall pick in the league said when describing the fun atmosphere at the awards banquet.

Now the playoff stage is set as the first round gets underway on Friday, August 17.

After the semi-finals are completed on Saturday, August 18, there will then be a week in between before the final best-of-three series to determine the first NBA 2K League Champion on August 25.

All games are broadcasted live at twitch.tv/nba2kleague.