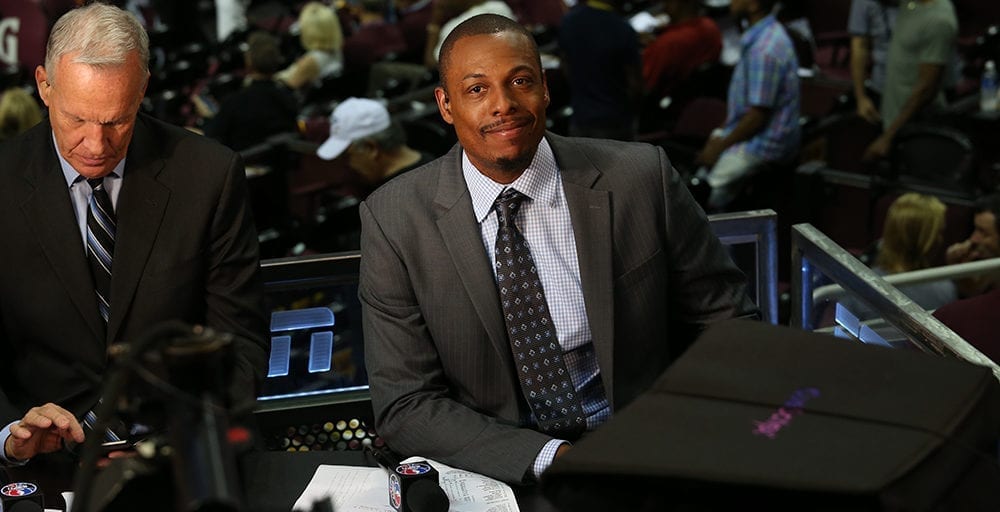 Paul Pierce has revealed he suffered from depression and anxiety attacks after being stabbed in 11 times almost 20 years ago.

The stabbing occurred outside a nightclub in 2000, and Pierce needed emergency lung surgery after suffering severe wounds.

In an extensive ESPN article detailing mental health issues in the NBA, the Celtics legend revealed the attack left him traumatised for years.

He even hired 24-hour security to guard his home after the attack.

“I couldn’t be near crowds,” Pierce said.

“If I got in a crowded place, I’d start shaking inside. It took me years to get over that.

“If I was walking and someone bumped into me or rubbed against me, I’d freak out.”

His anxiety was only exacerbated when he received death threats after the stabbing.

“I don’t want to go anywhere.

“The police sat in the front of my house for months.

Pierce went on to urge anyone suffering from mental illness to seek help and confide in loved ones, saying that was what helped him dramatically.

“I realized, ‘I should have done this sooner,’” he said.

“I would tell everyone to get the help they need.

“My depression was bad – really bad.

“I never want to feel that way again.”