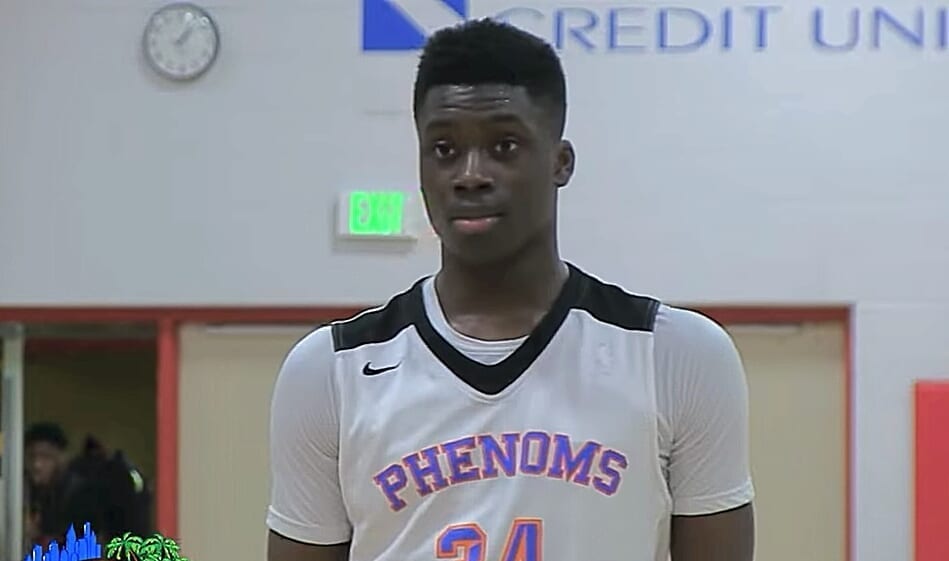 Giannis Antetokounmpo’s 16-year-old brother Alex – who you might recognise from this viral photo of Giannis getting swole – is already looking like a potential monster.

While kids of that age can often be skinny, uncoordinated and seemingly bereft of a single ounce of testosterone, the youngest Antetokounmpo is already 6’5 with an outrageous 7’2 wingspan.

A natural shooting guard, he comes complete with a sweet jumper, a clean handle, and classic Antetokounmpo-level athleticism.

Up close look at 16-year-old Alex Antetokounmpo’s shooting mechanics. The 6-6 wing is the youngest of the Antetokounmpo brothers and has been developing at Dominican High School as a class of 2020 recruit. pic.twitter.com/WXZERHoExv

It’s this cocktail of skills and physical traits that’s made the youngster a force at Milwaukee’s Dominican High School.

And the early signs are that he shares Giannis’ elite work ethic.

“When you have someone who plays at such a high level in your house, it’s hard to look elsewhere for motivation and leadership,” he told Eurohoops.

“I just try to work out as hard as I can. Hopefully, I can get up to the same level as my brothers one day and just try to model my game after them.”

"He's going to be better than me."
– Giannis Antetokounmpo on his 16-year-old brother Alex.

If Alex eventually achieves him dream of getting drafted, that would make it 4/4 for the Antetokounmpo brothers.

Thanasis Antetokounmpo, 26, was drafted by the Knicks with the 51st selection in 2014, and currently stars for Panathinaikos in Greece.

Kostas, 20, landed in Dallas after being selected with the 60th pick of this year’s draft.

Now the spotlight turns to the youngest of the bunch.

Related Article:  Klay Thompson Is Staying With The Warriors, According To His Dad
-->