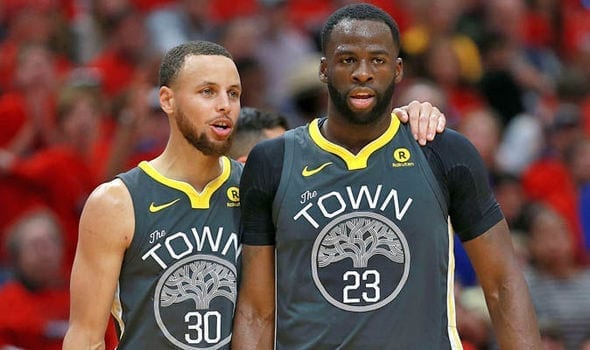 The stories surrounding some of the NBA’s most competitive ever players are both legendary and highly entertaining.

Especially with the likes of Michael Jordan and Kobe Bryant famously savaging their teammates during practices and behind closed doors.

Now Steph Curry has provided us with another little nugget of that variety, opening up on the Bill Simmons Podcast about one of his run-ins with the hyper-competitive Draymond Green.

“It was early season, and Draymond loves talking trash to the whole team—doesn’t matter if it’s me,” Curry said.

“Shaun Livingston was posting me up on the block and I had no chance to try to contest his shot.

“And he did a little turnaround, a Shaun Livingston vintage turnaround.

Related Article:  Bruce Bowen Doubles Down On The Kawhi Leonard Criticism Which Got Him Fired

Curry also told of a moment when Green went head-to-head with Steve Kerr.

“They argue about a play call or maybe something Coach Kerr has been thinking about for a couple games,” Curry said…And [Draymond’s] like, ‘Don’t over-coach. We know what we doing.’

“And coach is like, ‘Well, I know you know what you’re doing, but let me just help you as I’m supposed to do. That’s what my job is, to point out things that could be important for us to win a championship.’

“But they have a real — the respect level between those two is at an all-time high, but they have their moments and it’s just amazing entertainment to watch in practice.”

Draymond certainly seems like one of those guys you hate when he’s not on your team and absolutely love when he is.

But man, the dude must be exhausting to be around every day.