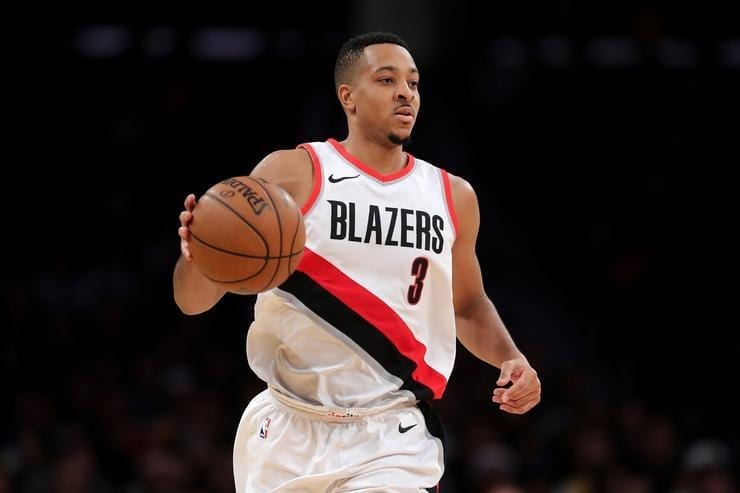 CJ McCollum is sick of players joining superteams and he’s letting the world know about it.

He even went as far as to call it “disgusting”.

“I would never do anything of that nature,” he said of star players joining the Warriors.

“That’s disgusting. I’m not built like those guys. I was raised differently.”

McCollum was then asked if he thought superteams were the future of the NBA.

“No,” he said. “I think some players will take that route, but most guys have too much pride, want to win on their own or in their certain organizations that aren’t just gonna jump the bandwagon.”

This isn’t the first time the Portland hooper has expressed his distaste for stars teaming up with other stars, the most famous example being his recent back-and-forth with Kevin Durant.

Durant appeared on McCollum’s podcast late last month, smugly shooting down any notion that the Blazers could ever win a championship.

When McCollum said he didn’t like DeMarcus Cousins joining an already stacked Warriors squad, Durant asked, “Why are you mad about this stuff?”

The Blazers guard responded with: “Bro, I’m in the league. What do you mean why am I mad about this stuff? I’m in the Western Conference. I gotta play you MFers all the time anyway as it is, over and over again. We got eliminated by y’all a few times in the first round…”

KD proceeded to remind McCollum that Portland got swept in the first-round last season, would never win a title and that he shouldn’t “worry about what goes on at the top (of the league).”

Unsurprisingly, McCollum has plenty of fan support on this one, almost as if he’s the suppressed everyman speaking out against a relentless dictatorship.