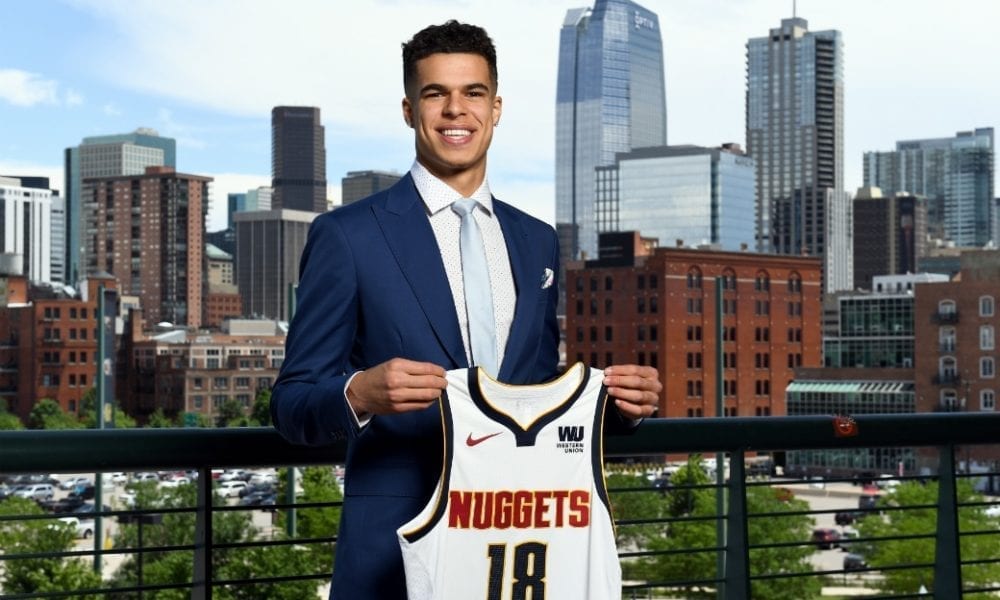 Then when Doncic liked a comment which savaged Porter Jr, it looked like we could have a juicy rookie beef on our hands.

But Porter Jr has since doused the flames, telling ESPN’s Chris Forsberg the whole thing was one big accident.

“So what’s crazy is that blew up,” Porter said. “Believe it or not, I’m scrolling through [a post about] the Rookie of the Year odds and I accidentally like a comment. This is the EuroLeague MVP and I got nothing but respect for him. I was like, ‘Man, I didn’t want to come off like that.’

Porter added that he even contacted Doncic directly to let him know he didn’t mean anything by it.

It does seem somewhat unlikely that it was an accident on Porter Jr’s part.

Just like it’s hard to believe players when they tweet something controversial and then claim they were hacked.

But we’ll have to take the Denver rookie at his word for now.

Whether this whole thing was sparked intentionally or not, he at least did not want it to continue any longer.