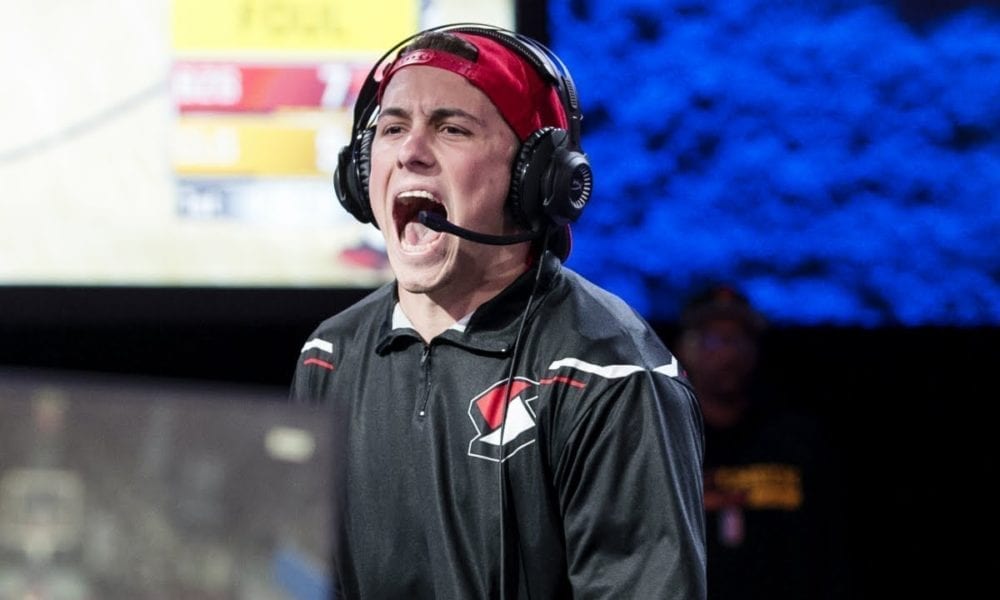 The NBA 2K League will announce the winner of the inaugural regular season awards on Saturday, right after the conclusion of the regular season.

Awards including MVP, Defensive Player of the Year, Coach of the Year and Play of the Year will all be handed out. Other awards such as the Sportsmanship Award and Community Engagement Award will also feature.

Every player and manager had the ability to nominate five players to be a finalist for the MVP award. The five players who received the most votes were then considered “finalists” and became eligible to be voted for by players and fans.

The voting will then go through a weighted process to determine the award. One third of the vote will come from other players in the league, on third from the coaches and on-air talent, with the final third coming rom the fans.

To vote for the award as a fan, there are three methods: You can retweet the league’s official Twitter post for each MVP candidate, use the official hashtag on Twitter (#NBA2KLeagueMVP), or through the league website. Voting will be open from August 4 until August 11.

His rankings in the major statistical categories are hard to beat. He leads the league in both rebounds and blocks while currently sitting third in steals. He’s also the only player in the league averaging over 20 points and 13 rebounds a game.

Having a disappointing second half of the season, Mavs Gaming find themselves fighting for their playoff lives heading into the final weekend. Having spoken with number one overall pick, Dimez, and the rest of the team about their personal opinions on the MVP award, one thing became very clear, Walnut had one major supporter on the team: Dimez.

Many people had Dimez penciled in as an early MVP candidate after a 4-1 start to the season. But Mavs Gaming has gone 1-6 since then in the regular season and need help to make the playoffs in the final weekend.

Walnut also has a teammate joining him as a MVP finalist. Averaging over 20 points and 13 assists a game; Mama Im Dat Man is the point guard for the best team in the league and deserves his due credit. Will the Blazers duo steal votes from each other?

Point guards like Dimez, Radiant, Fab and others find themselves in headlines every week, but Mama Im Dat Man is the point guard who is the only MVP finalist of the group.

The Wizards are fighting for their playoff lives heading into the last weekend, but they are led by arguably the best overall player in the league in Boo Painter. Painter dropped 57 points in the big win over Portland last weekend and is averaging over 30 points a game. He also ranks in the top seven of blocks and rebounds.”

Related Article:  Everything That's Happened In The NBA 2K League So Far

Heat Check Gaming started the season on a shaky note, but has propelled themselves into the playoff hunt heading into the final weekend behind the impressive play of Hotshot. He is third in the league in scoring and leads his team in almost every statistical category.

Hotshot has had back-to-back 50+ point performances while briefly holding the single game scoring record in league history. He now averages 27.8 ppg heading into a final weekend consisting of three games.

The award seems to be a three-man race at the moment. Walnut is sitting as the best player on the best team with Hotshot and BooPainter as the single most valuable players on their team heading into the final weekend. It comes down to what the voter values the most.

Dayfri, one of the more versatile players in the league, believes that being the overwhelmingly best player on a playoff team means more than being a great player surrounded by great teammates. He spoke highly of Walnut, but personally leans towards the other two.

“Personally, I think Hotshot or Shump [BooPainter], but I think Walnut will end up winning it,” Dayfri said.

“In my opinion either Hotshot or BooPainter,” Devillon, a wing for Mavs Gaming said. “Both of them led their team to a mediocre spot to playoff contender. There are other players in consideration, but they have more of a support system.”

Both Devillon and HazzaUK2K credited the turnaround that Heat Check Gaming made with Hotshot at the helm. JLB and Hazza both shared their support of Hotshot.

“At the start of the year they were performing poorly and getting flooded. In terms of a team’s most valuable player, it goes to Hotshot,” Hazza, big man for Mavs Gaming added.

Rounding out the five finalists is the steady play of Lets Get It Ramo. He has led his Pistons team to the third best record and ranks in the top ten of the four main statistical categories. His Pistons squad is one of the only teams that have a playoff spot clinched heading into the final weekend.

“I voted for Hotshot,” Edwards said. “The thing is the Heat has three more games left.”

Edwards went on to explain how what happens over the last three games for the Heat could determine the award. If Hotshot leads the Heat to a 3-0 record and a playoff spot in the last weekend, then it would be hard not to hand him the award.

“I voted for Hotshot, but I’m torn between the two,” Edwards said. “I think statistically, Walnut is definitely deserving. I think he will probably win MVP and DPOY.”