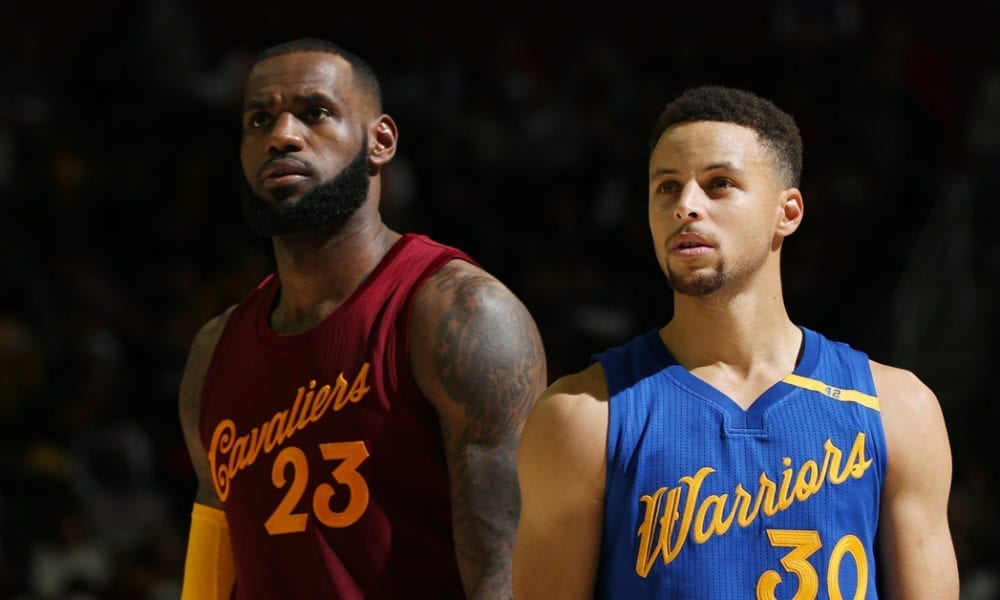 Steph Curry has jumped to the defence of LeBron James, who was attacked on Twitter by US President Donald Trump last week.

Trump questioned LeBron’s intelligence when he said CNN’s Don Lemon “made Lebron look smart, which isn’t easy to do”.

According to Curry, Trump’s scathing attack stemmed from deep-seated racism.

“That rhetoric is all based in some longstanding racism in terms of black men with a voice in power,” Curry told The Mercury News’ Logan Murdock.

“Unfortunately, that’s being revealed more and more as the days go on.”

The Warriors sharpshooter is all too familiar with being on the receiving end of an online Trump onslaught.

Trump lashed out at Curry for saying he didn’t want to attend the White House despite it being a tradition for championship teams.

LeBron then came to his defence, with a longstanding pattern of support emerging between the two stars.

U bum @StephenCurry30 already said he ain't going! So therefore ain't no invite. Going to White House was a great honor until you showed up!

Safe to say that whenever the next tirade comes, the game’s biggest stars will have each other’s backs once again.