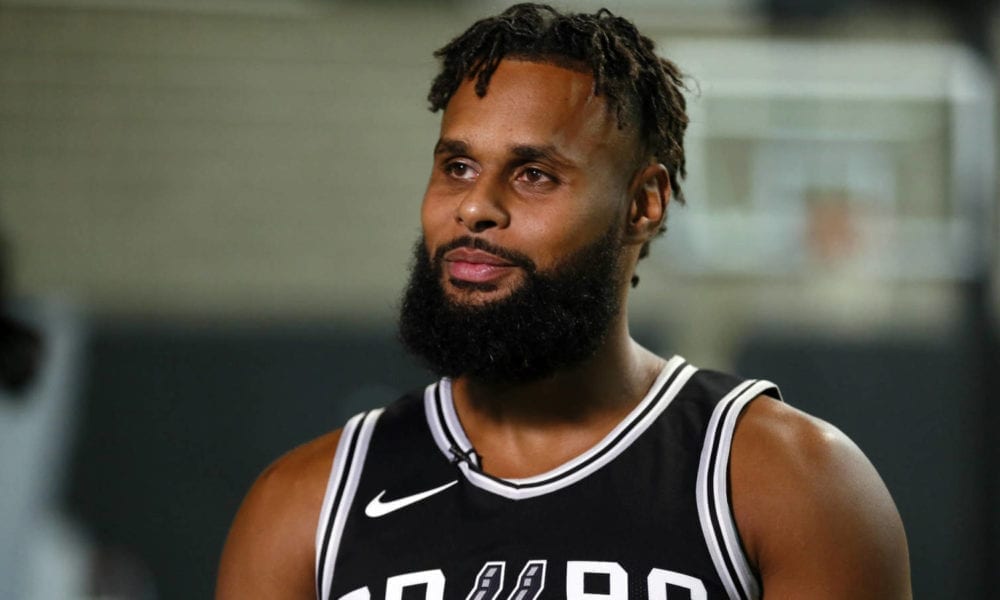 Patty Mills has spent a life fostering homes away from home.

First there was Moraga, California, where he spent two years playing for the St Mary’s Gaels.

Then it was on to Portland and later San Antonio, when he was picked by the Trail Blazers and Spurs respectively.

But there’s one more ‘home away from home’ which Mills holds close to his heart, and that’s Hawaii.

As much as the lightning quick Aussie enjoys returning home to spend time with friends and family, there’s something about Hawaii which just does it for him.

Mills loves it so much, in fact, it’s where he proposed to his long-time girlfriend Alyssa Levesque in May.

Der I b spik… 😏 Dis gel a isa nada kine one! As I approach em n wen I start to yarn, I lego I nor fright, this is my woman 🙌🏾 @officialskboiiz Big esso/mahalo to my gangz for helping me pull this special moment off. Very grateful for both of us being surrounded by incredible people @islandviewhawaii 🤙🏾🌴

Hawaii has become such a big part of Patty’s life that he has come to call it home in the rare months that aren’t littered with NBA activity.

It’s also the perfect location for a man who would be trapped in an eternal winter should he spend his off seasons entirely in Australia.

“It’s allowed me to do some stuff I used to do growing up in my Torres Strait and Aboriginal culture,” Mills told Basketball Forever.

“Fishing would be the biggest one, and just being in the water eliminates a whole lot of other stuff for me, whether it’s basketball related or not.

“Whether it’s grabbing the spear or jumping in the water, you’re just in a totally different element.”

Just don’t ask him where his favourite areas are.

“I can’t give all the secret spots away mate,” Mills said with a smile.

“They’re secret spots for a reason.”

Despite the beautiful surrounds and perpetually delightful weather, Mill’s extended stays on the island aren’t solely leisurely, as he’s also made it his primary offseason training base.

Mills traditionally works out at the University of Hawaii when he’s around, having built a great relationship with the school’s teams.

We sat down with @Patty_Mills to discuss Manu, Pop, living in Texas and the significance of his trips home | https://t.co/tLmrWfT5yW | by @nickjungfer pic.twitter.com/VgmNMM9u1p

His bond with the school began with Hawaii’s head coach Eran Ganot – who was an assistant at St Mary’s – and grew from there.

“That’s a place I’ve used for my offseason workout for a number of years now,” Mills said.

“The connection I have with those guys is really strong.”

But as hard as Mills works, he remains acutely aware that rest and recovery is equally important.

And where better to rest and recover than Hawaii?

“You combine [the NBA season] with Australian commitments and you’re talking 10 months or more of basketball throughout the year,” Mills said.

“The decompressing part of things is taking yourself completely out of it and allowing yourself to unwind and get stuck into some other things that you now have the chance to do.

“It just means that when it’s time to step back on the floor, you’re really ready to go.”

This is the second instalment of our two-part sit-down with Patty Mills. If you missed Part I, be sure to check it out here.