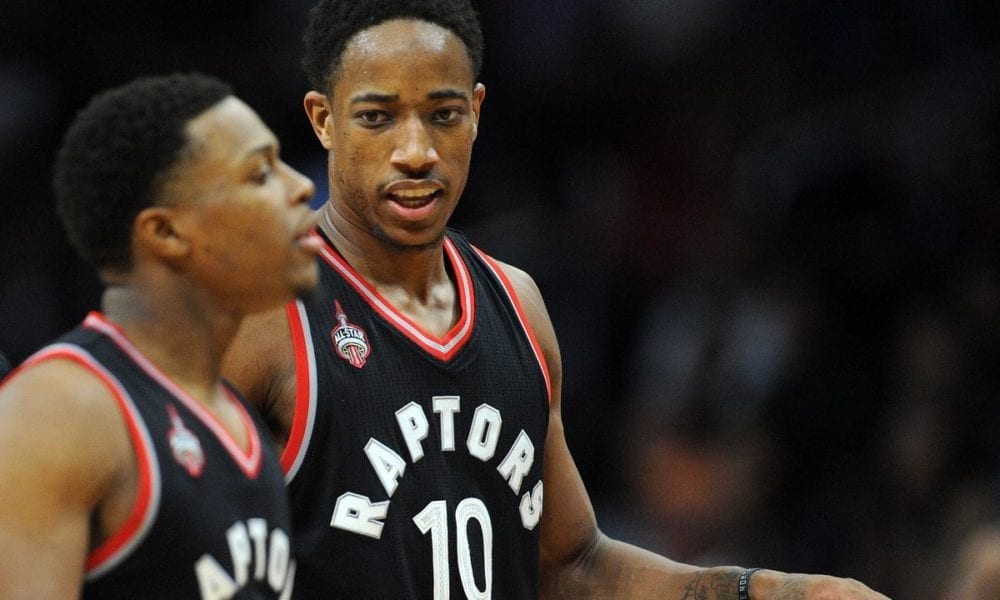 The Raptors blindsiding long-time star DeMar DeRozan with a trade last month sparked a fresh round of discussion regarding the merits of loyalty in professional sports.

It’s a trait which has largely disappeared from the modern NBA, but current Spur and former Raptor Rudy Gay believes teams should still treat players with the respect and honesty they deserve, per the Hartford Courant‘s UConn Insider podcast.

Gay, who will team up with DeRozan is San Antonio next season, went on to take subtle digs at the Raptors, suggesting the DeMar trade showed Toronto’s true colours.

“So, I mean, it’s just night and day. That trade right there shows you the difference between the San Antonio Spurs and other organizations.”

Gay went on to highlight the human element behind trades, something fans are rarely exposed to.

“We build houses, have our kids in school,” he said. “It’s tough to go on and just uproot to another city. For DeMar, it’s another country, so I kind of feel for him. I’ve been in that situation. It’s not easy.”

Gay was traded from Toronto to Sacramento in 2013.