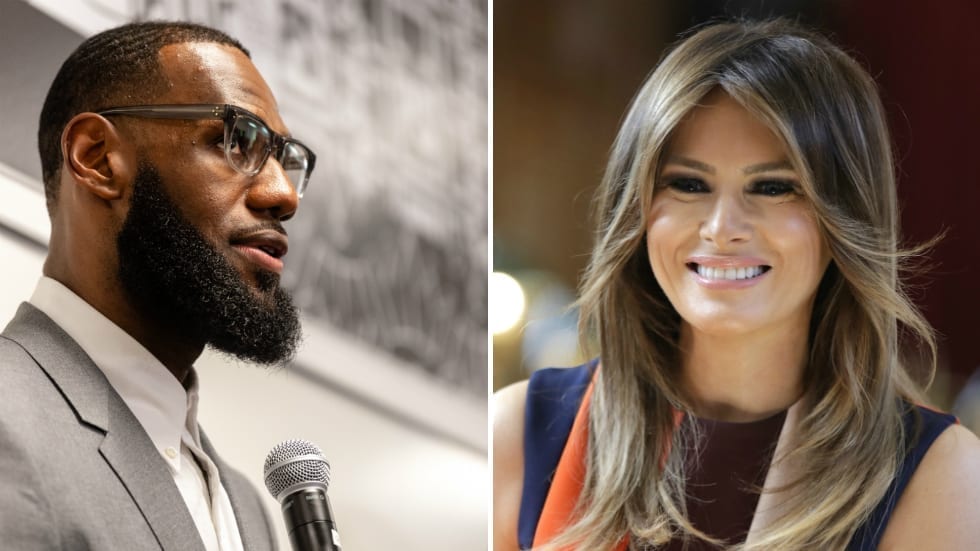 LeBron James has been flooded with support since Donald Trump insulted his intelligence on Friday night, and those supporters now even include the President’s own wife, Melania.

Lebron James was just interviewed by the dumbest man on television, Don Lemon. He made Lebron look smart, which isn’t easy to do. I like Mike!

A spokesperson for Mrs Trump issued a statement in the aftermath that backed James.

Stephanie Grisham was quoted by CNN saying James was “working to do good things on behalf of our next generation.”

“Just as she always has, the First Lady encourages everyone to have an open dialogue about issues facing children today,” she said.

Grisham even went on to state the First Lady “would be open to visiting” James’ new school.

Only Donald Trump could say something so egregious that he doesn’t even have the support of his own household.

“He [Mr Trump] is dividing us and what I noticed over the last few months is that he’s kinda used sport to divide us and that’s something I can’t relate to, because I know that sport was the first time I was ever around someone white.”

From there seemingly the entire NBA jumped to LeBron’s defence, as well as high profile Democrat figures such as Michelle Obama and Hilary Clinton.