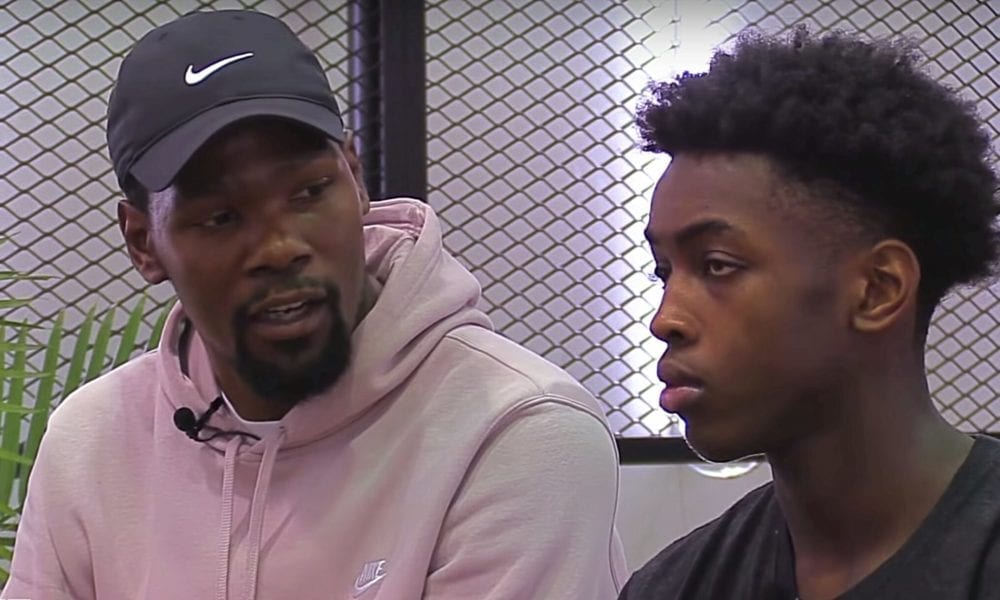 As the eldest son of Dwyane Wade, you might’ve thought Zaire Wade had all the basketball advice he needed.

But it turns out the talented 16-year-old, who has drawn increased attention in recent years, has an embarrassment of riches at his fingertips when it comes to mentors.

One of them is Kevin Durant, who was filmed by Overtime giving the youngster some tips during an individual film session.

Among other things, Durant stressed the importance of being aggressive.

Kevin Durant Gives Zaire Wade The SECRETS! "At The End OF The Day, You Gotta STRAP UP" 🔥 Full Vid: https://t.co/dX7hGJnHfJ pic.twitter.com/flr7uz0Buq

“You passed up a couple of threes I think you could have shot today. Shoot the ball. Be aggressive.

Then again, scoring isn’t everything.

“How I picture your game is, I like when you’re the second, third option, you getting everybody involved, then boom you go off 15, 16, but I think you could get six, seven assists, five or six rebounds too,” he said.

“It ain’t all about the bucket impact the game always shooting the ball sometimes because you want a good team.”

KD also told Zaire he was always there for him whenever he needed.

“You know I got you whenever you need something, hit me. If you got something you want to talk about, hit me.

“I know pops good, but just to give you a different look. I’m here for you.”