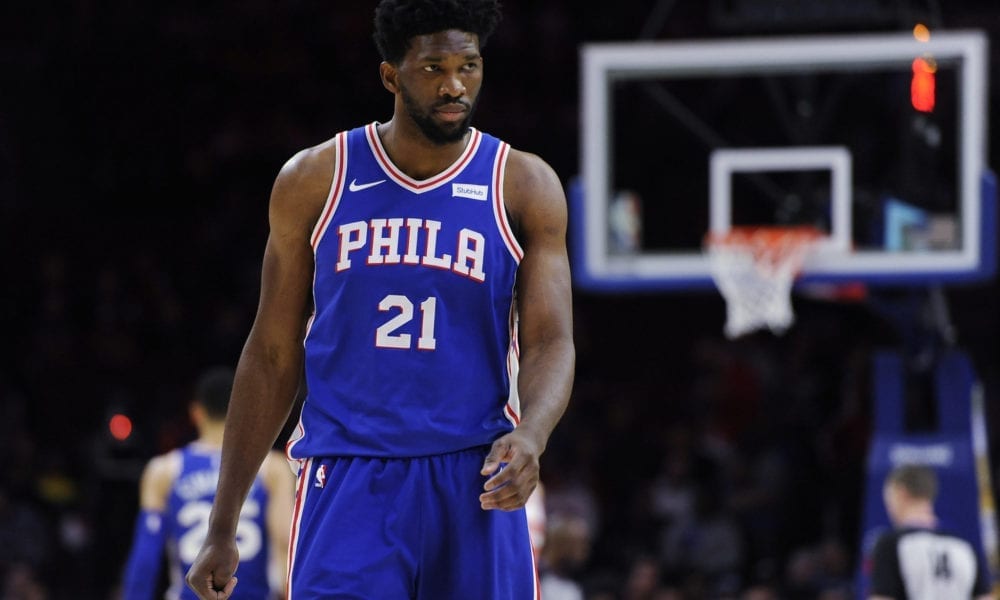 The internet was ablaze when The Ringer uncovered a suspicious collection of burner accounts – later connected to the wife of then 76ers GM Bryan Colangelo  – which heavily criticised many within the organisation.

The target of much of that criticism was Joel Embiid, and on the weekend the towering big man stated those tweets were still fresh in his mind.

Speaking to ESPN, he said the series of anonymous online outburst would only drive him to become a better player.

Like many of the animated stars who’ve come before him, Embiid seems to thrive when it feels like everyone is against him.

“It was hurtful because of the stuff that was said in those tweets,” he said. “But at the end of the day, I know who I am as a person, as a player. And I know a lot of people, they’re always telling me I’m great but I have a lot of stuff to work on.

“And actually, I appreciated everything that was said about me because if it was true – even if it wasn’t – that stays in my mind. And it makes me want to get better. The stuff where they were saying I wasn’t happy, that makes me want to work harder on my body.

“Or if they’re saying that I couldn’t do anything, it makes me want to work harder and get better. So, actually, I love it. I appreciated it. It was great. It was great for my game.”

If you don’t recall the tweets in question, here’s a quick refresher: 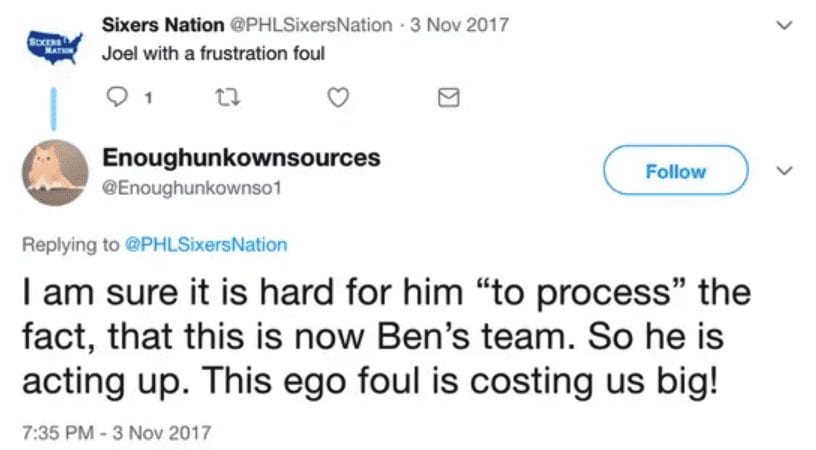 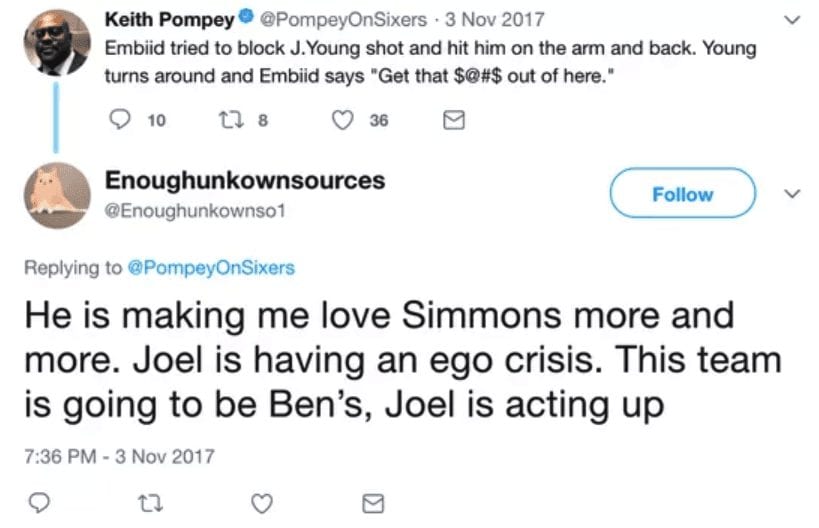 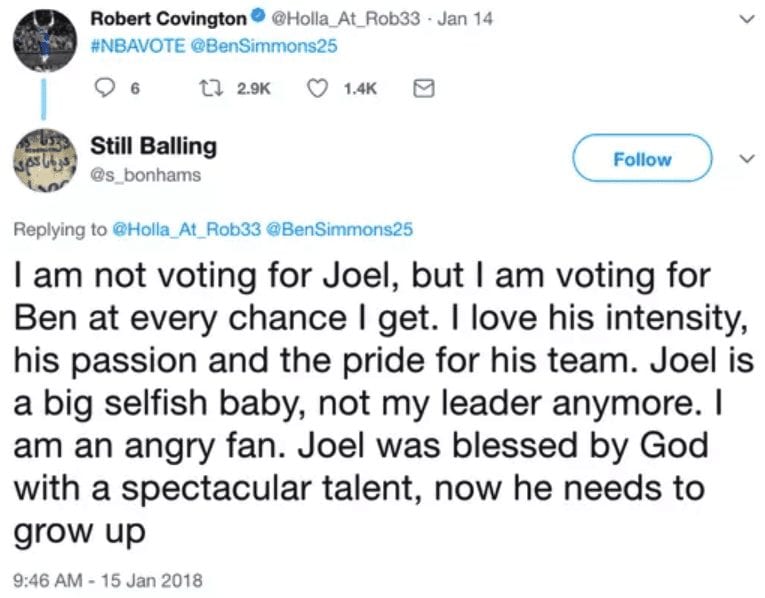 You can find a comprehensive list of the most egregious tweets here.

Meanwhile, if hate really is like Gatorade for Embiid, as he seems to suggest, he’ll certainly have all the fuel he needs to dominate next season.