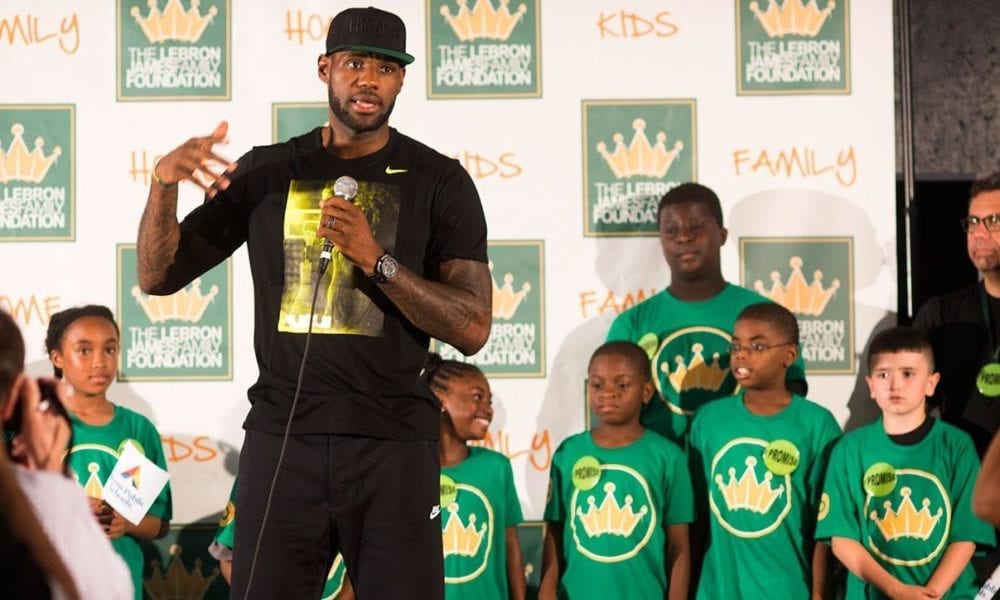 We’ve seen him pacing the sidelines at Summer League and his acrobatic exploits at his son’s games, but LeBron James hasn’t uttered a word about leaving his native Ohio once again.

Seated alone and staring straight down the lens for an exclusive piece with Uninterrupted, James opened up about his move to LA and how it coincides with the opening of his ‘I Promise’ school in Akron.

“It’s kind of bittersweet timing, because on this hand I have a brand-new school that’s opening and I want to be there on a day-to-day basis, ten toes down for these kids, but on the other hand I’m moving, I’m moving to Los Angeles,” James said.

Later shifting his gaze to his Lakers move, LeBron explained that he’d always been drawn to the most iconic sports franchises.

As a kid he followed the Bulls, Yankees and Cowboys.

And while some may see that as frontrunning, for LeBron it’s more about an instinctive attraction to greatness.

In his eyes, the Lakers represent a golden opportunity to be a part of something greater while he’s still at the peak of his powers.

“You look at the Lakers, being able to play for an historic franchise with so much history,” James said.

“…I’m happy to be a part of it because I believe the Lakers is a historical franchise, we all know that, but it’s a championship franchise…”

And while joining the Lakers traditionally means joining a heavyweight, after five years in the wilderness this is a chance to make a once great franchise great again.

That task, that one last challenge, might just be part of the appeal as well.