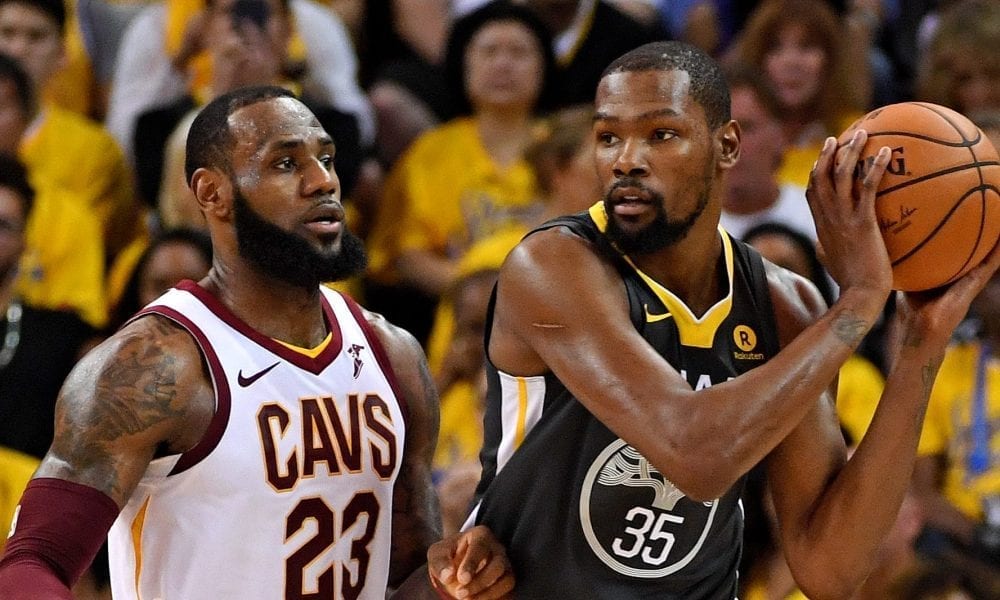 Some folks in LA might not be fans of LeBron James signing with the Lakers, but Kevin Durant certainly is.

As someone who knows a thing or two about making a highly-publicised team change, Durant said he “absolutely loved” LeBron’s decision to switch to the purple and gold.

“I thought it was the perfect decision, perfect move,” Durant told The Undefeated’s Marc Spears.

“He did everything you’re supposed to do in Cleveland. I think this is the perfect next step for him. He’s kind of breaking down the barriers of what an NBA superstar is supposed to be.

“You feel like you’re supposed to play it out in one spot, and I think he did a good job of giving you different chapters and it’s going to make his book even more interesting when it’s done.”

Critics will argue that Durant is just trying to take the heat off his own decision to leave his original team.

But KD has long stuck to his belief that every player has the right to decide where they ply their trade.