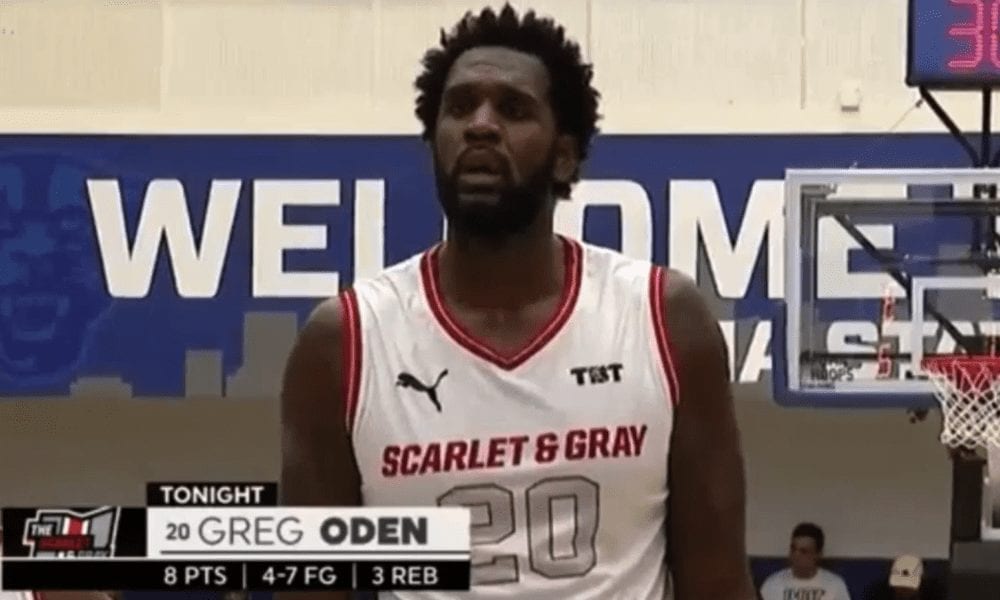 Not many players tantalised the college basketball world before dropping off the NBA radar quite like Greg Oden and Jimmer Fredette.

But thanks to The Basketball Tournament (TBT), a competition which allows forgotten players to rise from the dead like The Undertaker on pay-per-view, Oden and Fredette faced off in something of a nostalgic contest on Sunday.

Fredette’s team – which is under no illusions who its star is, having named itself ‘Team Fredette’ – ultimately prevailed 100-78, with Jimmer dropping 28 points and seven assists on 10-17 shooting as he continues to score as easily as he converts oxygen into carbon dioxide.

Don't try to throw it down on Greg Oden!! @ScarletGrayTBT #TBT2018 pic.twitter.com/PWy5ibHWRH

Oden, who made his return to the court on Friday with 11 points and 5 rebounds, managed 2 points, 2 steals, 1 rebound and 1 block against Jimmer’s squad.

The big man showed flashes, but moving around the floor rarely appeared to come naturally for the former number one overall pick, who’s entire professional career has been one constant battle with injuries.

Oden’s TBT appearances were his first official competitive action since playing 25 games for the Jiangsu Dragons in the Chinese Basketball Association in 2015-16, when he put up 13 points and 12.6 rebounds in 26.8 minutes per game.