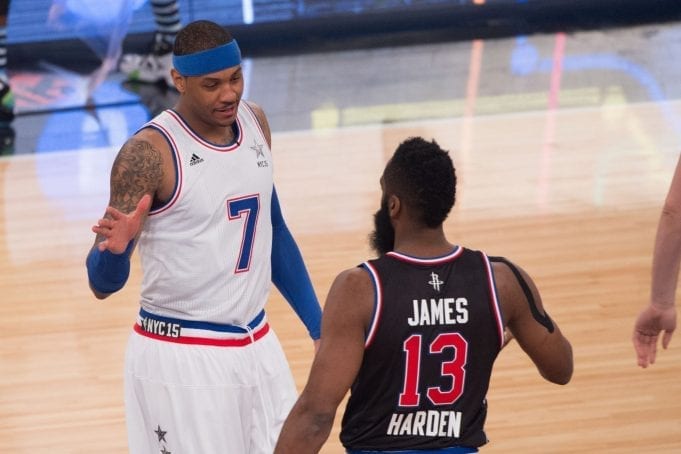 There’s been plenty of scepticism in the air following Carmelo Anthony’s move to the Rockets.

But there’s at least one man outside of Rockets general manager Daryl Morey who believes the great Melo experiment can work, and his name is James Harden.

“He still has a lot more to go,” Harden said on Thursday, per the Houston Chronicle and San Antonio Express-News.

“We all know how easy he can score the basketball…that’s the most important thing…bringing in Melo…to be part of a championship team, you have to have conversations.

“As long as you communicate good things can happen.”

The Rockets are hoping Anthony can further boost an offence which ranked second in the league last season.

But Houston’s primary concern lies at the other end of the floor and how much Melo could hurt them there, with the team losing Trevor Ariza and Luc Mbah a Moute over the summer.

The Rockets will just have to hope James Harden’s confidence in Melo is warranted.