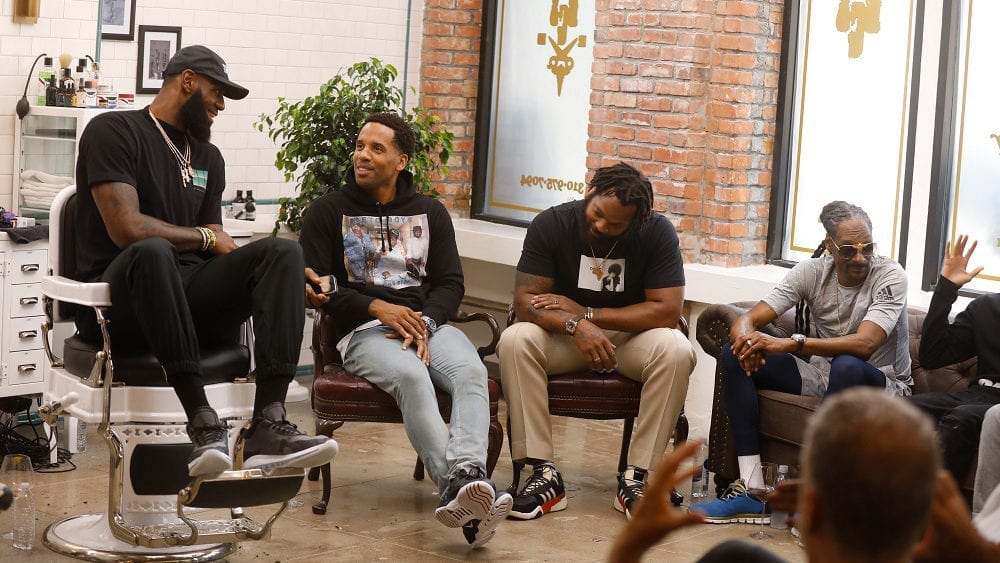 LeBron James has continued to make moves off the floor with his barber shop-based talk show The Shop confirming a deal with HBO on Thursday.

The network has signed up for a “handful” of episodes, according to The Hollywood Reporter.

The show aims to fill its half-hour slot with nothing but genuine and unscripted conversation.

“I still regret giving my 14-year-old my name.” – @KingJames

This and more real, unfiltered conversation with @OBJ_3, @mavcarter, and more in UNINTERRUPTED’s unscripted series THE SHOP.

“This show is real, it’s candid and it’s the essence of conversation,” James told The Hollywood Reporter.

“And we know with social media and text being the way people communicate, the form of conversation, actually talking, is kind of a lost art.”

James added that his childhood experiences were the inspiration behind the show.

“When I was a kid, being in barbershops meant listening to adults talk about sports, clothing, politics, music, everything happened in the shop,” he said.

“It was so real and so candid — no one had a sense of, well I can’t be myself here. That’s how The Shop became an idea.”

The first episode will air on August 28.