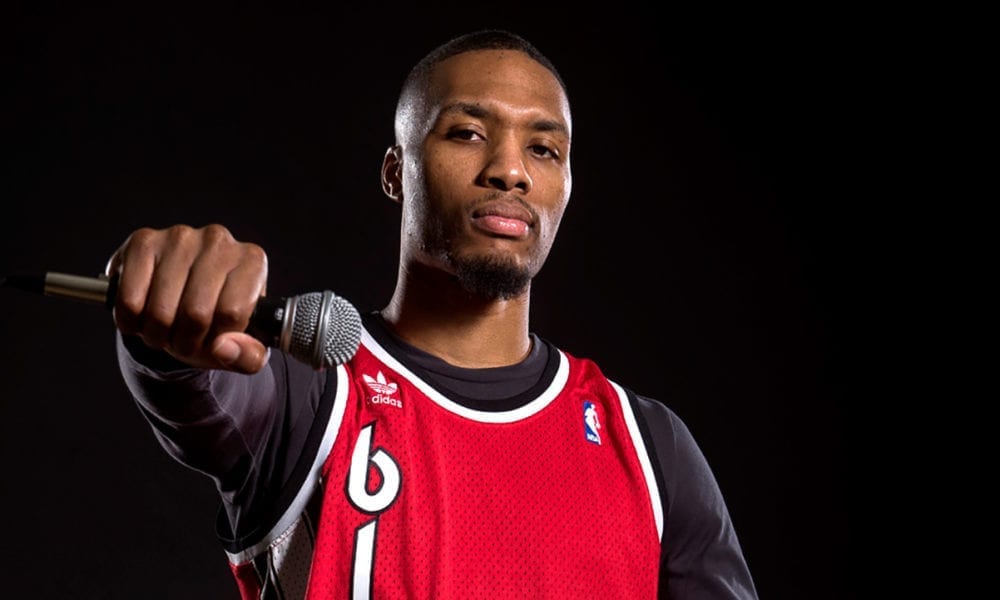 It’s a desire which has long felt like an unrealistic pursuit of the best of both worlds.

But if you ask Damian Lillard, he’s managed to master both crafts like no one else in the league.

And when you listen to him on the mic, it’s hard to argue.

It's #MusicMonday, so why not spice it up NBA style? 😎⛹️

Damian Lillard [@Dame_Lillard] can rap, if you didn't know. 😳 pic.twitter.com/ouYJYkwu1J

“I wouldn’t even say there’s a rival,” Lillard told TMZ Sports on Wednesday.

“I don’t [rap] to compete with other basketball players,.”

Sorry, Lonzo, you’ve got some work to do if you want that number one spot.