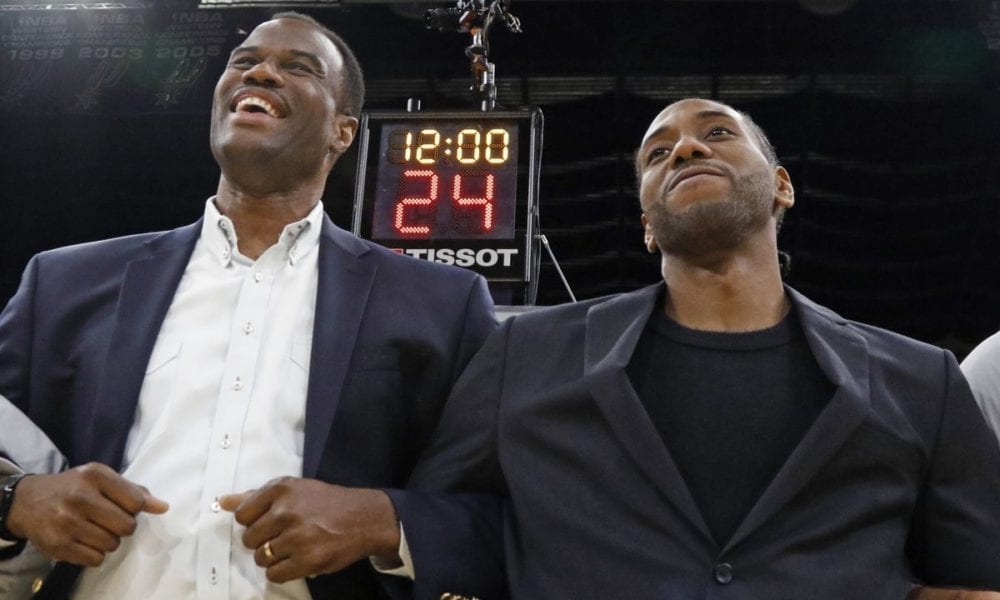 Spurs legend David Robinson has spoken out about Kawhi Leonard’s departure from San Antonio, saying he unsuccessfully tried to get in touch with Leonard before he was traded to Toronto.

“He really, he’s a hard guy,” Robinson told ESPN’s Rachel Nichols on The Jump. “He’s just quiet. I’ve reached out to him several times and just never hear anything back from him.

“I think the whole time he’s been here [in San Antonio], I’ve talked to him maybe a handful of times, and I can count on one hand how many words he’s really said to me…So he’s just a quiet guy, and I think that’s made it difficult, I think, for all parties to really understand each other in this process.”

David Robinson tells me Kawhi Leonard’s departure from San Antonio is “one of the oddest situations I’ve seen since I’ve been in pro basketball." He says he tried to reach out to Kawhi several times in recent months, but never got an answer back. pic.twitter.com/k4mNiqGxQM

But Robinson didn’t stop there, continuing to say what we’ve all been thinking for months.

Related Article:  Isaiah Thomas Pushed For A Return To Boston This Offseason

San Antonio was finally forced into trading Leonard last week – packaging him with Danny Green in exchange for DeMar DeRozan, Jakob Poeltl and a 2019 protected first-round pick – as the ongoing rift surrounding his quad injury proved too much to overcome.

San Antonio repeatedly attempted to repair the relationship, but Leonard was set on leaving town and forced the team’s hand.