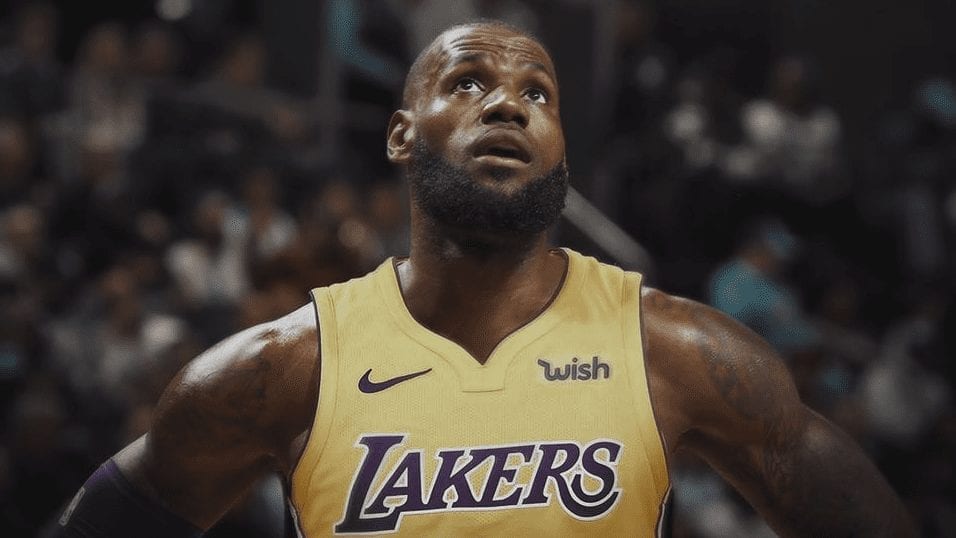 The continued evolution of LeBron James has seen him land with a new team in a new city.

And before long, he could be playing a new position as well.

That’s the word from Bleacher Report’s Eric Pincus, who quoted an unnamed Lakers executive saying this:

“We may not see this on day one, but the coaching staff is eager to see our version of the [Warriors’] Death Lineup with Lonzo, Josh Hart, Brandon Ingram, Kuzma and LeBron.”

The Lakers might be left with little choice at times anyway, with the only semi-notable bigs on their roster being JaVale McGee, Mortiz Wagner and Ivica Zubac – not exactly a trio which fills you with confidence.

Shifting to center would certainly be a significant change for LeBron, who according to Nylon Calculus, spent just 1.5 percent of his playing time at center last season.

He played power forward 57.8 percent of the time, while lodging 39.9 percent at small forward.

Meanwhile, when you consider how horrible LA’s defence is going to be, they might as well at least make their offence interesting.

But for a team that figures to be more fun than good, going extra small, shifting LeBron to the 5 and just seeing what happens almost feels like the fitting choice.