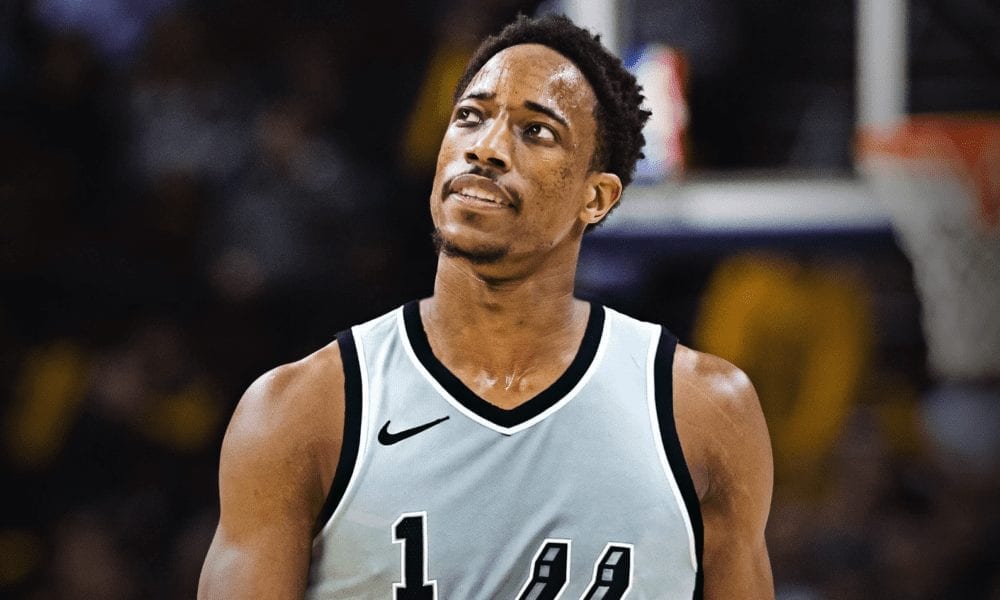 DeMar DeRozan embraced the often-forgotten Raptors like only Vince Carter had before him.

He never took meetings with other teams during free agency, remaining strictly loyal to the cause.

When you couple that with Toronto reportedly promising not to shop him this summer, it should come as little surprise that DeMar feels some kind of way about being traded.

DeRozan made his feelings known in an Instagram story shortly before the trade became official.

“Be told one thing and the outcome another,” he wrote. “Can’t trust em. Ain’t not loyalty in this game. Sell you out quick for a little bit of nothing.”

Meanwhile, here at Basketball Forever we’ve done our best to console DeRozan, choosing to look at the bright side of his move to San Antonio.

Hey DeMar, you're about to have:

Everything's going to be just fine.

But something tells us he doesn’t want to hear it.

Related Article:  Why The Raptors Had To Make The Kawhi Leonard Trade
-->