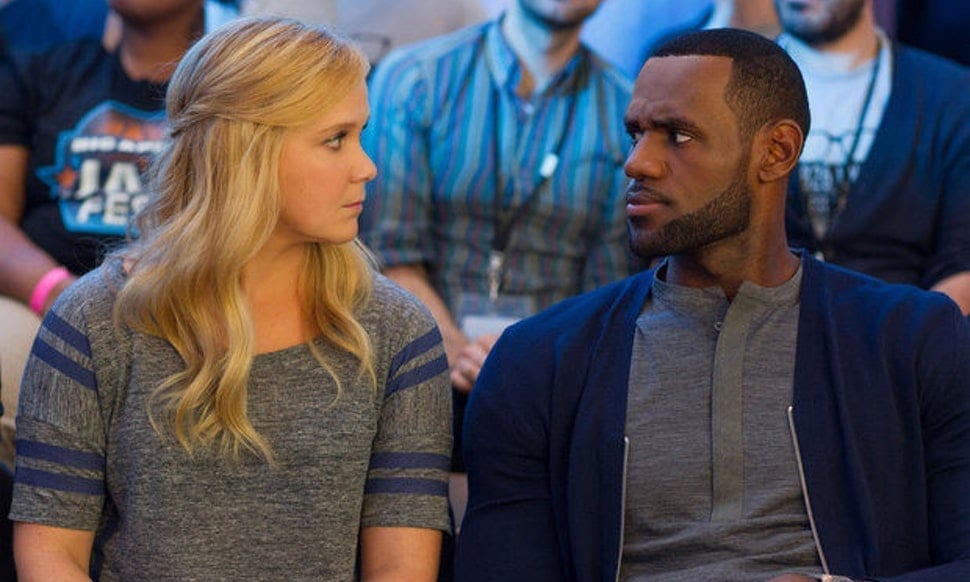 It hasn’t even been two weeks since LeBron James signed with LA and already he’s flexing his muscles in Hollywood.

James and writer Steve Mallory have sold their concept for a new comedy film to Paramount Players and LeBron is in talks to star in the movie himself, according to Variety.

The entertainment website has reported that James’ SpringHill Entertainment would produce the film and Mallory would write it.

It would mark James’ second appearance in a feature film, after he landed a role in 2015 Amy Schumer comedy Trainwreck.

Avid followers of film/sports may also remember that appearance as one of the many moments LeBron’s hairline magically reappeared.

Meanwhile, all this has clearly been in the works for a long time, as has LeBron’s move to LA.

And this deal should go just nicely with his freshly signed $154 million Lakers contract.