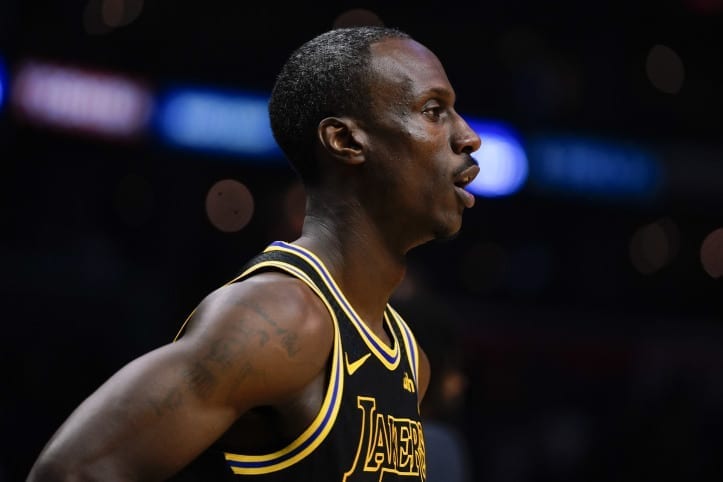 Andre Ingram’s feel-good stint with the Lakers last season was only ever meant to last two games.

But the LA-based cult hero, who attracted worldwide headlines when made his NBA debut at 32-years-old in April, isn’t done just yet.

Ingram has dedicated all his energy to keeping the dream alive and being a part of the LeBron-era Lakers.

“It would mean everything,” Ingram told The Undefeated’s Marc Spears.

“That is how it always is. Being on the [opening-day] roster would mean just as much as playing those last two games.”

Last night in his @Lakers and @NBA debut, he scored 19 and was showered in MVP chants. pic.twitter.com/FNGfW0TyTg

Telling Spears he’d been a nervous wreck throughout free agency, Ingram said he’d received interest from several NBA teams, but no offers had arrived on his doorstep just yet.

But with players like Lonzo Ball, Rajon Rondo and Lance Stephenson on the roster, the Lakers could certainly use some of Ingram’s deadly shooting.

In the meantime, the Grey Mamba will continue to keep himself in shape just in case that opportunity arrives, just like he’s done for the past ten years.