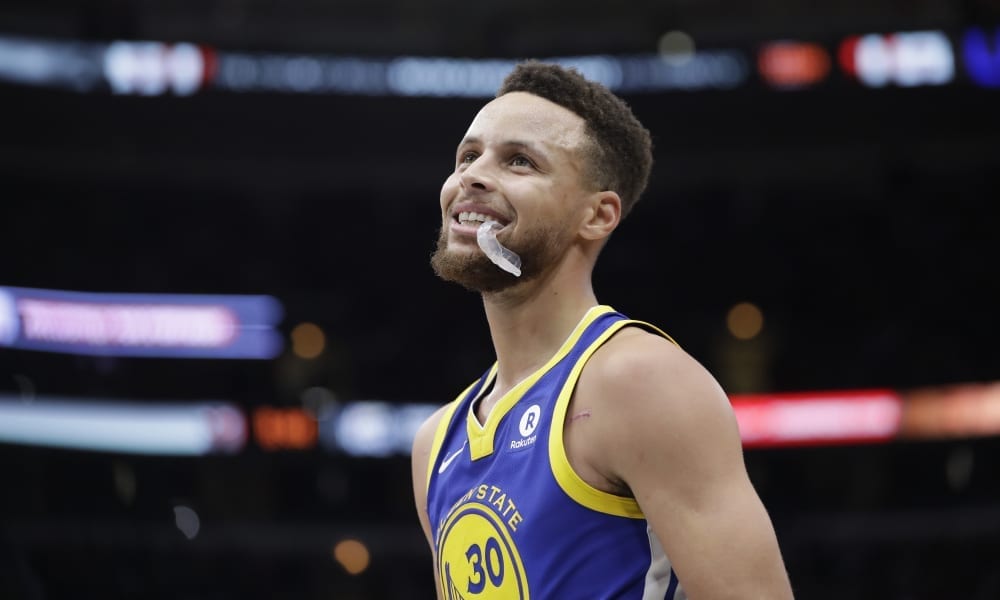 Steph Curry hears you saying the Warriors ruined the NBA and he couldn’t disagree more.

Speaking with USA Today’s Sam Amick, Curry essentially argued his team’s greatness had in fact improved the league, with Golden State constantly raising the bar and forcing other contenders to reach greater heights.

“So everybody says how we’re ruining the NBA—I love that phrasing; it’s the dumbest phrase ever,” Curry said.

“We are always trying to find a way to get better. If we were just happy with winning a championship and staying stagnant, we wouldn’t be doing ourselves justice.

“Obviously with KD (Kevin Durant signing in 2016), with DeMarcus this summer, with the bench guys that we’ve been able to sign, everybody is trying to get better and we just happen to be the ones who set the pace and set the narrative around how you need to structure your team to beat us.

“That’s great. I love that vibe, because it keeps us on edge seeing the ripple effect around the NBA and where guys are going and that type of stuff.”

Of course, the counter-argument is that because the Warriors are so good, a lot of teams could be discouraged from chasing success in the short-term, with an eye towards competing once Golden State’s reign is finally over.

But Steph is a basketball capitalist, and he doesn’t want to hear it.