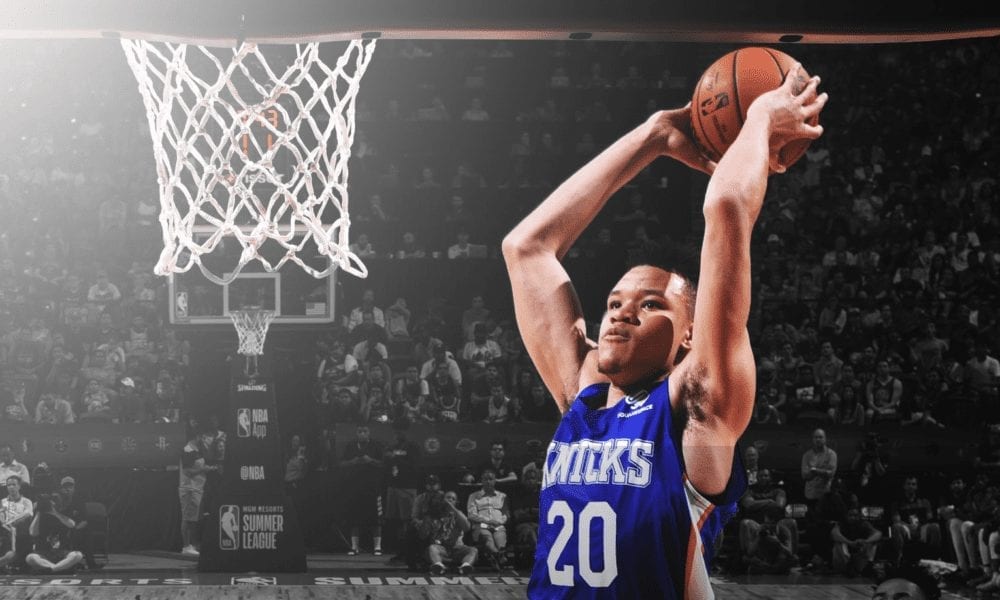 Professional basketball is a year-round sport and Summer League is a big reason why.

Even in July there’s plenty to get excited about, and we’ve selected the best on-court moments for your consumption.

Trae Young heating up at last

Trae Young was averaging 11.8 points on 16-66 shooting before Tuesday night’s game, as Atlanta became the most panic-stricken city in America.

But the drought is finally over, with Young making it rain to the tune of 24 points on 7-13 shooting from distance.

Thank Christ for that.

Show me one person who saw this coming and I’ll show you a Furkan lier.

Kevin Knox had himself a night, posting a game-high 29 PTS for the @nyknicks!#NBASummer pic.twitter.com/4QdUxamre7

Josh Jackson rejecting the living hell out of Marvin Bagley

It’s one thing for someone to block your shot, it’s another thing to have his nuts in your face while he does it.

Ayton vs Bagley, the matchup everyone wanted to see.

Who are you more excited to see this season, Deandre Ayton or Marvin Bagley?

Summer League can be deceiving, but Carter is looking like one hell of a defensive player so far.

Way to represent young fella! Send me one of yours..haven’t worn a jersey in a while but I’ll rep yours 🕷@spidadmitchell pic.twitter.com/BoRPxJ9bjA