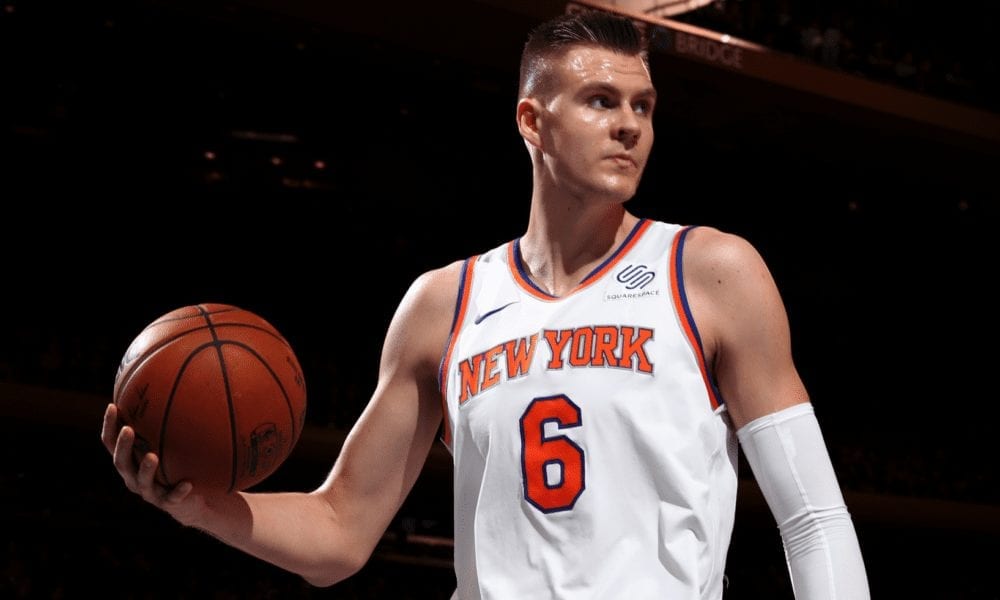 It’s easy to forget just how big a leap Kristaps Porzingis made last season because it all ended in tears.

Before tearing his ACL, Porzingis was putting up 25.2 points, 7.3 rebounds and 2.7 blocks per 36 minutes, firmly establishing himself as a legitimate force and making his first All-Star appearance.

Now new Knicks coach David Fizdale is not only expecting his young star to return to that level of play, he wants to see him well and truly exceed it.

In a Q&A with The Undefeated’s Marc Spears, Fizdale handed his young star one hell of a challenge.

“The fact that I won’t lock him into any position, that I’ll always try to put him in a position of success, that I’m going to challenge him to be an MVP and Defensive Player of the Year,” Fizdale said.

“I think he really likes the idea of the way I operate, how I’m going to hold guys accountable to a strict level. He likes the sound of that.”

It’s safe to say it’ll take Porzingis quite some time to reach that level, with most ACL sufferers needing a full year just to regain confidence in their knee.

But after that, all bets are off when it comes to the Zinger.

And what a moment Porzingis winning MVP or DPOY would be in Knicks history.

The last Knick to win MVP was Willis Reed in 1970.