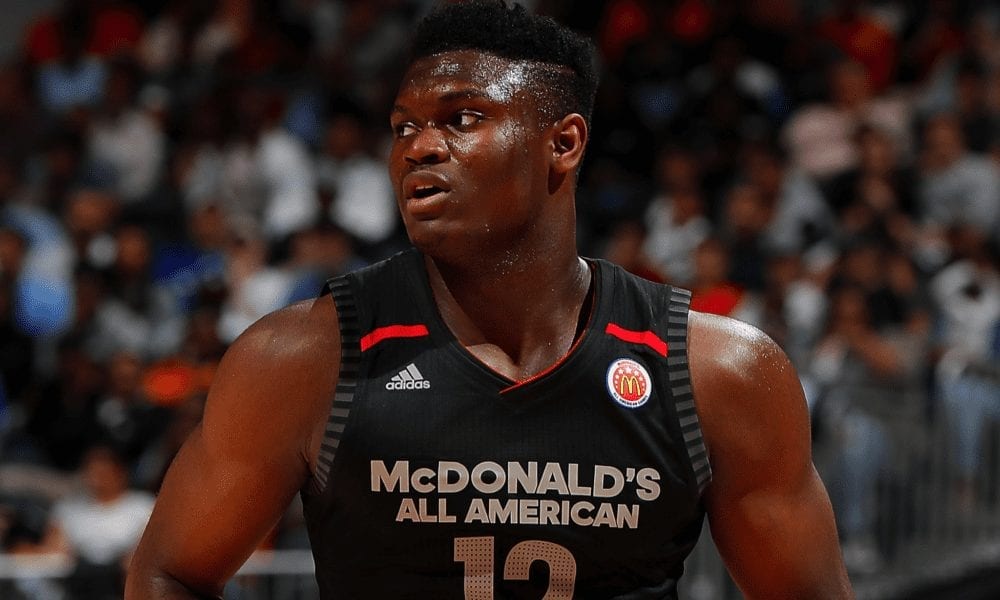 It’s still only the early days of summer but already Duke superstar Zion Williamson is breaking records with the Blue Devils.

An extraordinary leaper despite being built like a brick shithouse, Williamson set a new Duke record for vertical leap during the team’s summer combine testing this past week.

Not only did he clear the rack, it had to be elevated for him to continue.

His efforts were incredible enough to draw disbelieving laughs from teammate RJ Barrett and about nine thousand emojis from the team’s official Twitter account.

Williamson, who famously set the high school basketball scene on fire with his ferocious style of play and legendary mixtapes, is listed at 6’7”, 285 pounds.

May the Lord have mercy on anyone who gets between this man and the rim next season.