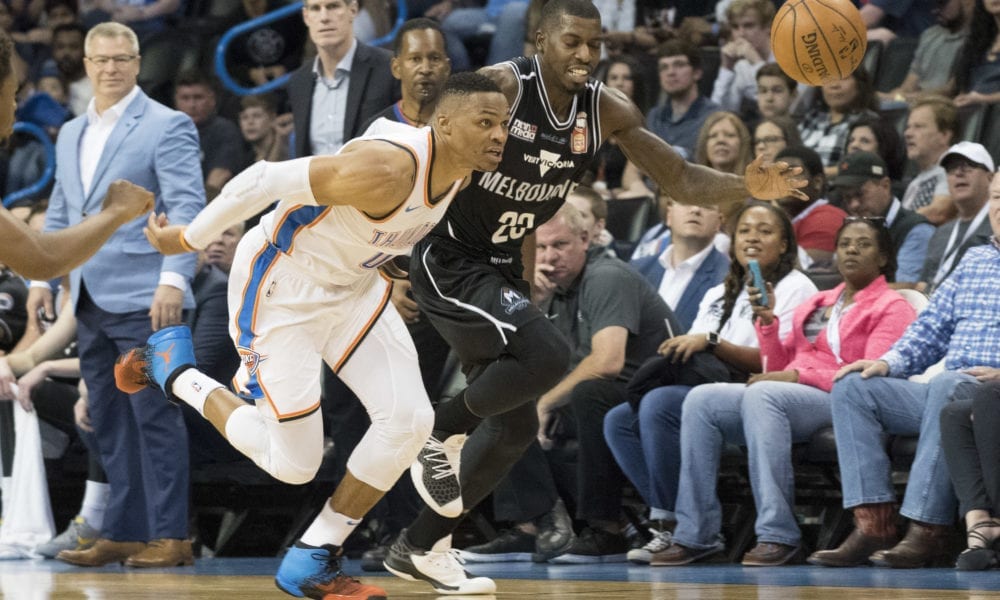 A selection of Australia’s big-name clubs will battle their American counterparts on a grand scale when the NBL x NBA concept not only continues, but expands later this year.

Three debutant teams – the Perth Wildcats, Adelaide 36ers and New Zealand Breakers – will take part, while Melbourne United and the Sydney Kings will once again be in the mix.

The news was confirmed by the NBL at an Etihad Stadium-based press conference on Wednesday morning.

Melbourne United will kick things off when they take on the Philadelphia 76ers at Wells Fargo Center on September 28.

The matchup will pit reigning NBL champions United – who lost to Oklahoma City by just one point last year – against local Melbourne superstar and freshly crowned Rookie of the Year Ben Simmons.

United will later play the Toronto Raptors on October 5, as part of a triple header which will also feature the Adelaide 36ers playing South Australian Ingles and his Utah Jazz, while the Perth Wildcats will take on the Denver Nuggets.

Before then, the Wildcats will face the Jazz on September 29, the Sydney Kings will battle the LA Clippers in Hawaii on September 30 and the New Zealand Breakers will take on the Phoenix Suns on October 3.