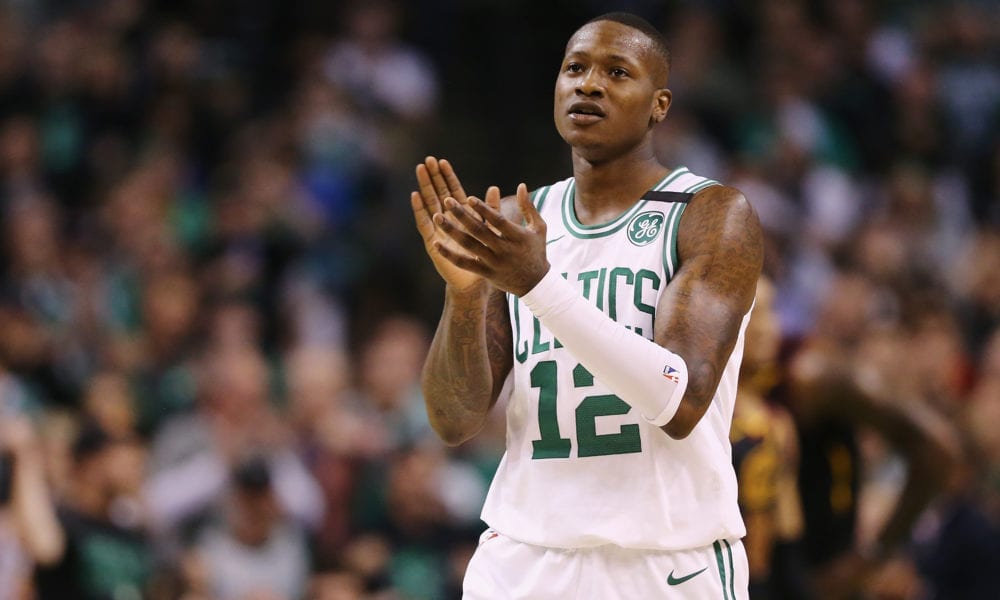 LeBron’s chasedown blocks have become a devastating signature move, forever immortalised by his iconic denial of Andre Iguodala late in Game 7 of the 2016 Finals.

And as every form of sports media has reminded us by putting that one clip on an endless loop, James was at it again on Sunday when he denied Terry Rozier at the rim.

It was almost cruel, LeBron allowing Rozier to glide all the way to the hoop just so that he could meet him at the summit.

The emerging Celtic has since addressed the play, and while he was a good sport about it, he vowed to get his revenge with dunk on James next season.

“Next year I’m gonna catch him, get him next year,” Rozier told reporters.

In the meantime, if Rozier needs any tips on posterizing LeBron, all he needs to do is ask Jayson Tatum.