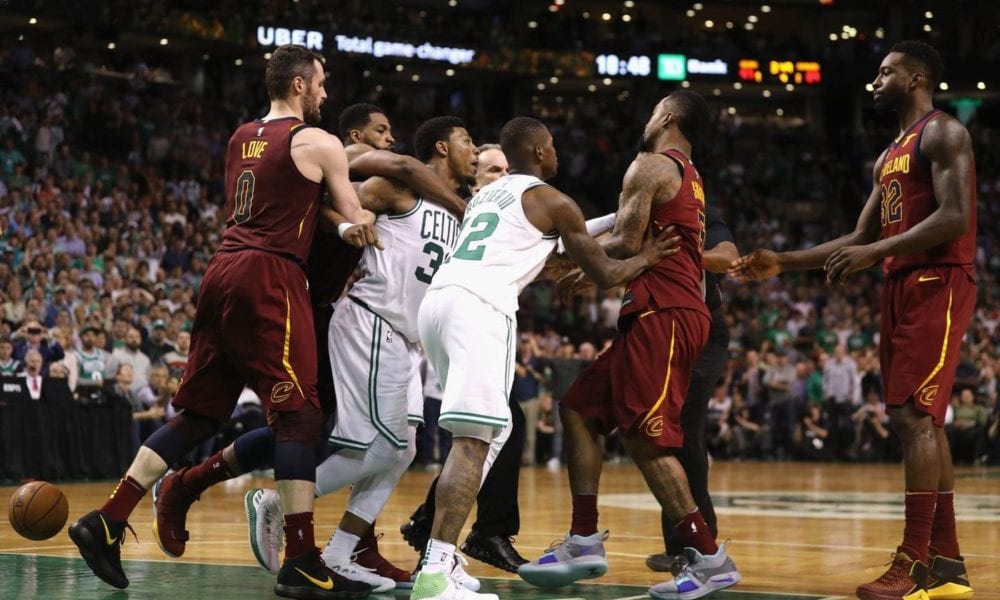 And guess what, they got it wrong.

One of the primary unwritten rules in the NBA is ‘don’t take players out of the air’.

Unlike other unwritten rules, like holding onto the ball during the final play of a blowout, violating this one doesn’t just result in hurt feelings.

It can end in broken bones and damaged careers.

And when you combine that with JR making zero play on the ball and his shove coming from behind, you have yourself an incredibly dirty play.

He knew exactly how dangerous Smith’s push was.

Smith himself even admitted he “blatantly” shoved Horford and said he could “understand why they gave me a flagrant”.

Emotions were clearly running high, lol. Damn, that made me mad.

And having discussed unwritten rules earlier, let’s get into the written rules, shall we?

A Flagrant 2 is defined as “unnecessary and excessive contact committed by a player against an opponent”.

If that does not perfectly describe what Smith did on Tuesday night, then Charles Barkley hates glazed donuts and I’m a Dutchman.

Related Article:  Internet Brutally Roasts Suns For Getting Blown Out By Celtics
-->