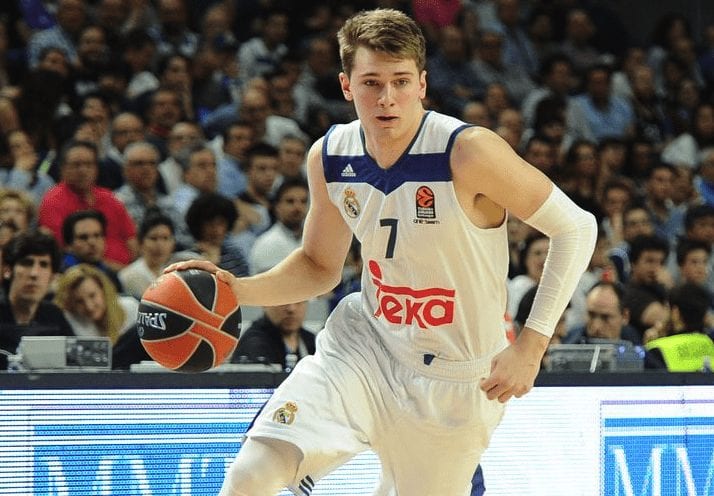 Never before has a teenager laid waste to the world’s second-best competition quite like Slovenian sensation Luka Doncic.

The future NBA star continued his remarkable rise with Real Madrid on Wednesday by becoming the youngest Spanish league player to ever register a triple-double, and the first to do so in over a decade.

Doncic finished with 17 points, 10 rebounds and 10 assists on 4-4 shooting and 3-3 from three in 22 minutes, in what will go down in history as one of European basketball’s most ruthlessly efficient games ever.

And while us NBA addicts have become rather desensitised to triple doubles, bear in mind they are incredibly rare on a continent which traditionally features 40-minute games, a much slower pace and notoriously stingy statisticians.

Doncic’s outburst is just the latest sign that he is one of the most NBA-ready prospects we’ve ever seen.

With freakish ability in almost every facet of the game, the dude is years ahead of his competition and it’s no surprise he’s emerged as the consensus number two pick.

It would be far from crazy to take him at number one.

The Phoenix Suns would likely agree with that, having hired Doncic’s Slovenian national team head coach Igor Kokoskov after scoring the best odds to land the top pick.

With Doncic not participating in the NBA Draft combine, we will likely have to wait until Summer League to see him compete

In the meantime, it’s moments like the one Doncic enjoyed today which continue to give fans in cities like Phoenix, Atlanta and Memphis reason to get out of bed every morning.