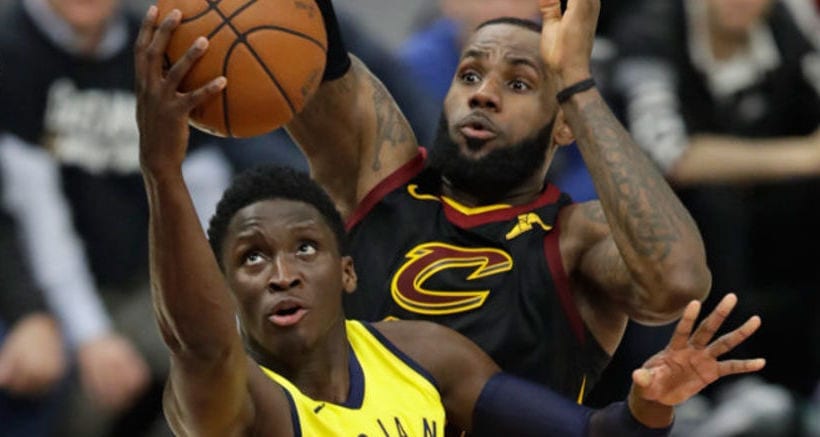 When LeBron James pinned Victor Oladipo’s attempted game-winner against the glass on Wednesday, many of us were experiencing vivid flashbacks to the 2016 Finals.

Presumably none more so than Andre Iguodala, who surely had a PTSD relapse just watching it.

The problem was that in the moment, we were all too busy freaking out to realise it was a goaltend.

Actually, in fairness to you, dear reader, you may well have noticed the ball hit the glass before James touched it.

But the referees, whose full-time job it is to be rather ‘noticey’ when it comes to these things, did not.

James then proceeded to hit a game-winner of his own, much to the disgust of Oladipo, who made his thoughts known post-game.

“I got a step on him and I felt I even got grabbed,” Oladipo told reporters. “It hit the backboard and he blocked it. It was a goaltend. It’s hard to even speak on it. That layup is huge.”

“Of course I didn’t think it was a goaltend,” he with a smile. “I try to make plays like that all the time. He made a heck of a move, got me leaning right and he went left and I just tried to use my recovery speed and get back up there and make a play on the ball.”

But the play was not reviewed because one of the referees must blow their whistle before the officiating crew can go to the monitors.