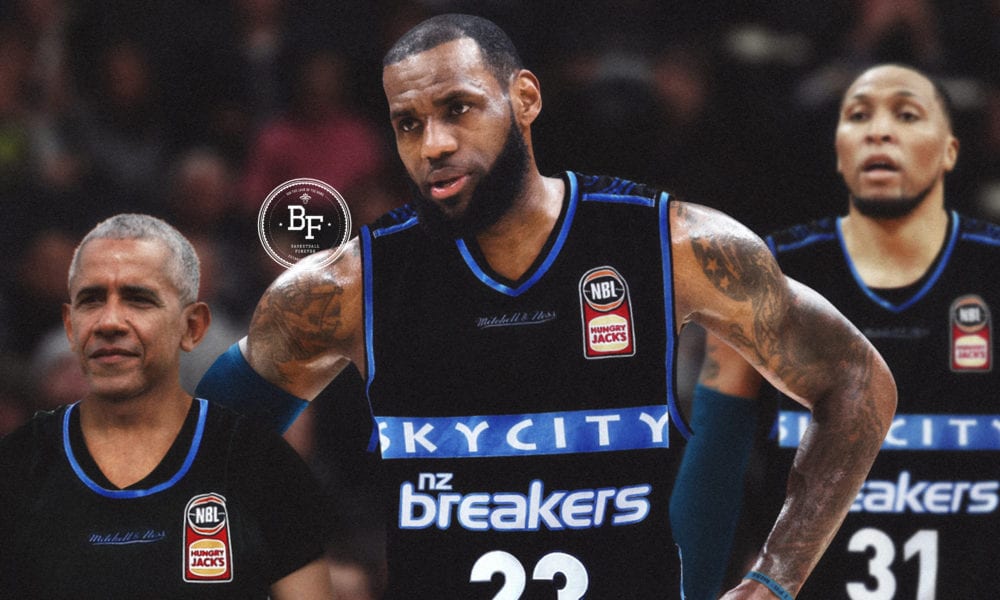 There was a time when it felt like even New Zealanders didn’t know who the New Zealand Breakers were.

Now the team is making headlines worldwide and you’re probably wondering how they keep finding their way into your Facebook feed.

Part of the answer lies within a bold approach from the club’s marketing team, combined with the club’s new owners – led by former NBA players Shawn Marion and Matt Walsh – embracing the philosophy whole-heartedly.

It was that approach which saw them make international waves when they joined the LeBron James billboard recruitment party earlier this month.

The New Zealand Breakers are recruiting LeBron and they don’t don’t care who knows it. New ownership. Big ideas 👀

With billboards popping up in major basketball cities like LA and Philadelphia in an attempt to lure LeBron away from Cleveland, the internet went crazy when New Zealand threw their hat in the ring.

While plenty of folks got quite a kick out of the whole thing, no one enjoyed watching it all unfold more than Breakers general manager Dillon Boucher, as he smiled to himself behind his computer back in Auckland.

“We knew it would gain a lot of traction,” Boucher told Basketball Forever.

“We knew there would be a bit of a mixed reaction too, that some people would think we were dead serious and that others would know it was a tongue-in-cheek type thing.

“The main thing for us is that we have a marketing team that’s always looking to try different things and push the boundaries.”

LeBron James being 'recruited' by the SKYCITY Breakers NZ is all fun and games until you crunch the numbers. Assuming LeBron will take nothing less than what Cleveland Cavaliers can offer him, $42M for a single season is the cost to acquire the King…contingent on the fact that the NBL likely wouldn't administer luxury tax on blowing the salary cap by $40M. According to the SKYCITY Auckland Annual Report, $132M was distributed to shareholders in dividends in 2017. This would require SKYCITY Entertainment Group shareholders to take a 20% haircut on dividends next financial year and for Shawn Marion (co-owner) to liquidate his assets and contribute a third of his entire net-worth to LeBron's contract. Half of the entire population of New Zealand would need to each pay $25 each to watch a Breakers game so that shareholders could be paid back, Shawn Marion's wealth can be restored and the team could make a small profit of a few million dollars.

The billboard wasn’t the only ace Boucher’s crew had up their sleeve.

Walsh had cleverly used his connections to tee up the occasion during the former President’s recent trip to New Zealand.

Having masterfully worked their brand in with LeBron James and Barack Obama, one can only imagine who might be next.

“We’ll be looking at everything we can.”

While marketing the club with an eye towards viral content has spread the team’s image to all four corners of the globe, the Breakers have also endeared themselves to their fans back home.

A strong focus on recruiting elite local talent, and investing in that talent well before it reaches NBL readiness, has gone a long way to getting the general public onboard.

When that methodology helped New Zealand win four championships between 2011 and 2015, the club’s standing went to yet another level.

For Boucher, who played for the Breakers’ inaugural team in 2003, the change at the club has been almost unfathomable.

“It seemed like we struggled to get 500 people to a game back then,” he said.

“That’s where [former owners] Paul and Liz [Blackwell] came in and completely changed everything.

“They came in and envisaged a completely different club.”

Skip ahead to the current day and the Breakers are plotting yet another title run.

And while the new season doesn’t start until October, their fearless off-court team will ensure you hear plenty more about them before then.