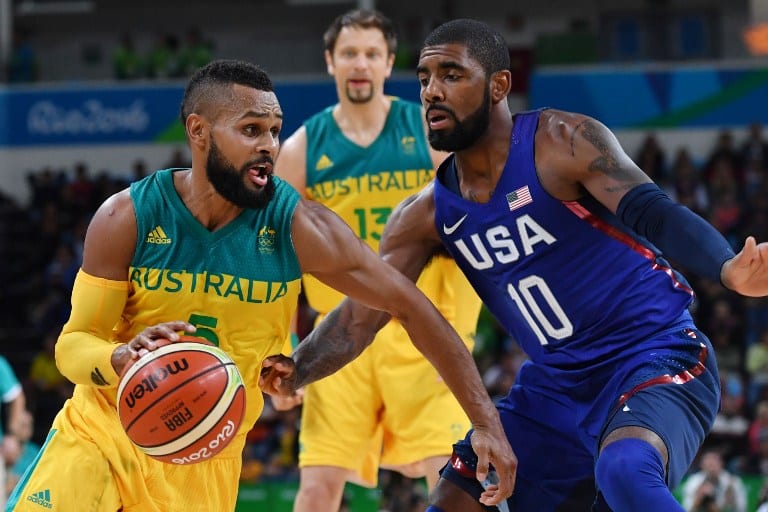 Australian basketball fans have long been pushing for the game’s biggest stars to come Down Under, and their prayers were finally answered on Sunday with the announcement that Team USA will face Australia in Melbourne next year.

HOLY SHIT, SO WHEN’S THIS GOING DOWN?

WHICH PLAYERS WILL BE THERE?

The USA roster is a bit of an unknown at this stage, but the inclusions of Steph Curry, Kyrie Irving, James Harden, Kevin Durant and Anthony Davis are all well within the realm of possibility.

Ben Simmons is expected to be available for the Aussies, as are most of Australia’s NBA players.

The Boomers will be led by three-time NBL championship winning coach Andrej Lemanis.

WHAT’S THE DEAL WITH TICKETS?

Tickets go on sale in July and you can join the waiting list at teglive.com.au.

VIP packages are already available at the same website, but you better hope your credit card is packing some serious heat.

HOW WILL AUSTRALIA GO AGAINST TEAM USA?

It’s hard to say without knowing the rosters, but the Aussies certainly showed their ability to hang with the Americans at the Rio Olympics.

Australia ultimately went down 98-88 but were in with a real shot until the final minutes, and postgame Andrew Bogut was genuinely devastated that his side didn’t pull it out.

HOW DID ALL THIS COME ABOUT?

According to The Age’s Roy Ward, the game is “the culmination of lobbying from Australia’s NBA stars, BA (Basketball Australia) and NBL boss Larry Kestelman and his league.”

Kestelman and his team also spearheaded three games between NBL and NBA teams during the preseason, a mini series of sorts which was highlighted by Melbourne United coming within one shot of beating the Oklahoma City Thunder.

Related Article:  EXCLUSIVE: Ben Simmons On His Desire To Take Down Team USA
-->