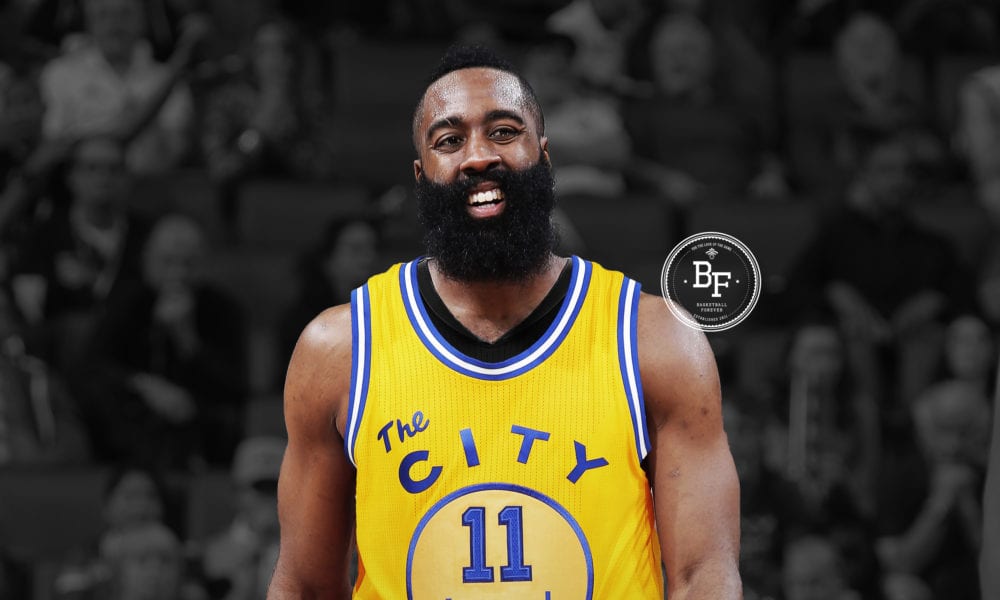 There were pockets of Golden State fans ready to riot worldwide in 2013.

This was before Dub Nation consisted of millions of suspiciously new members, but there was still something pretty serious brewing.

Word had got out that the Warriors entertained the idea of trading Klay Thompson for James Harden, thanks to Bill Simmons and his tremendous digital reach.

OKC general manager Sam Presti had just made the ill-fated decision to shop James Harden for financial purposes, and according to Simmons, the Warriors were his first call.

This was later interpreted as Golden State simply passing on Harden, hence the widespread (and ill-informed) Dub Nation rage.

Even though the trade was destined for failure, it’s mindblowing to think about how different everything would look if the deal actually went down.

Would Harden have ever truly transformed from support act to star of the show?

Would his desire to be the number one guy have ultimately sunk the entire Golden State operation anyway?

Who would have won the championship in 2015 and 2017 if Golden State weren’t the team they are today?

Would LeBron have two more rings as a result, sitting just one title short of Jordan?

Would Thompson have won any championships at all?

Would he be the same player without the luxury of playing alongside the greatest shooter of all-time and within the Warriors’ perfectly crafted ecosystem?

The beautiful agony of these ‘what ifs’ is that we’ll simply never know.