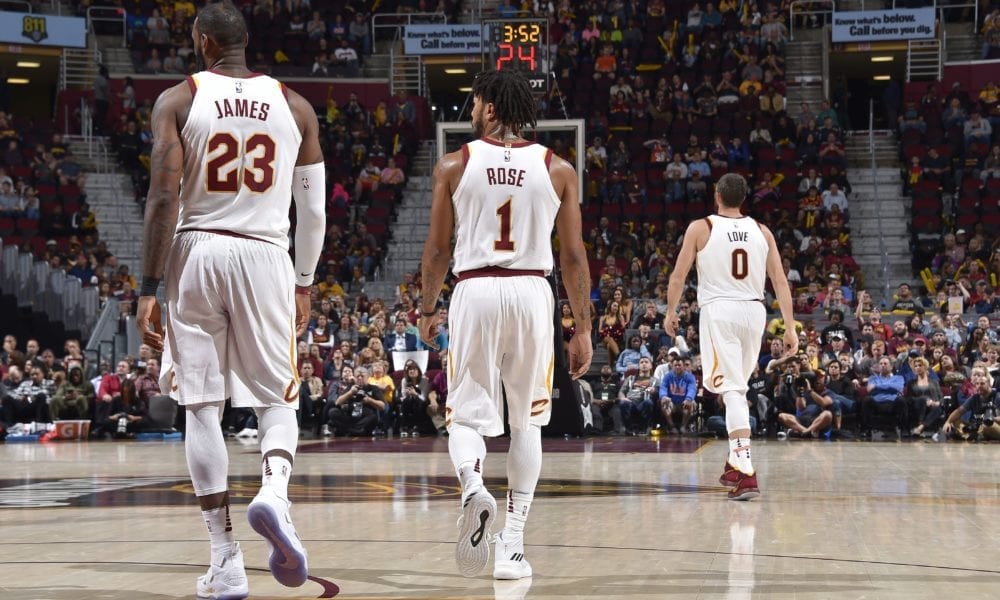 While it’s traditionally up to reporters to get stories out of their sources, several “prominent” Cleveland Cavaliers rushed to journalists to voice concerns that the team does not have the personnel to compete for a title.

They shared their concerns with journalists from ESPN, The Athletic and Cleveland.com following the Cavaliers’ loss to the Golden State Warriors on Monday.

While this was close to every beat writer’s wildest fantasy, it’s clearly not a good sign at all for the Cavs.

According to ESPN’s Dave McMenamin, the players’ concerns are not limited to losing to the Warriors for the seventh time in eight tries, and extended to “an ageing roster, defensively challenged personnel and a glut of redundant role players.”

There was also this from Cleveland.com’s Joe Vardon:

“Rotations are awful. IT [Isaiah Thomas] is so much worse than Kyrie defensively it’s insane,” said a league source. “There is not a great feeling anywhere. They need to limp into the All-Star break and get away from each other.”

And this from The Athletic’s Jason Lloyd:

Players on both teams Monday were quietly acknowledging that [Kyrie] Irving’s absence has changed the entire complexion of this rivalry.

While at least some of the team’s players clearly want to see some moves made before the trade deadline, McMenamin has reported that “several league sources told ESPN that the Cavs would prefer to hold onto the (Brooklyn) pick as a potential franchise-resetting asset should LeBron James leave as a free agent in July.”

LeBron refusing to inform the Cavs of his plans makes the whole situation even trickier.

The trade deadline is set for February 8 and when that date comes, it will be hard to imagine a place on earth more tense than the office of rookie Cleveland GM Kolby McMahon.