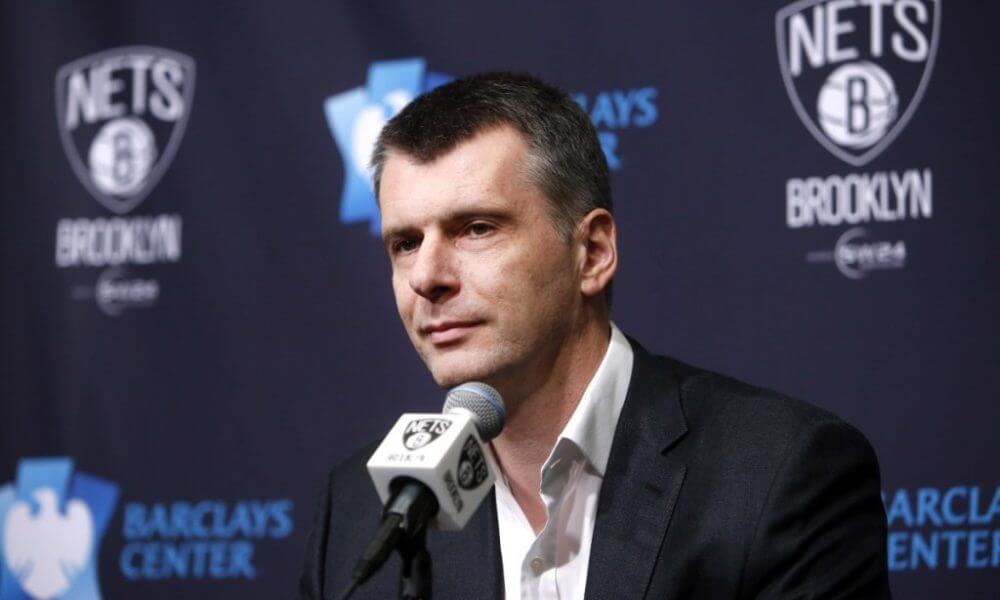 The man who exposed the Russian doping scandal which prompted the IOC to ban Russia from the 2018 Winter Olympics has accused Brooklyn Nets owner Mikhail Prokhorov of playing a role in the whole thing, according to The Wall Street Journal.

Grigory Rodchenkov, who ran Russia’s anti-doping agency and admitted to supplying athletes with banned substances, has claimed that Prokhorov paid a Russian athlete to keep quiet about the program after she was caught with illicit substances in her system.

Rodchenkov stated in his testimony to the IOC that Russian biathlete Irina Starykh was set to blow the whistle on the country’s doping scheme, before Prokhorov intervened with large sums of hush money.

Prokhorov was serving as president of the Russian Biathlon Union at the time, but shot down the accusation.

“We categorically deny this story,” a representative for Prokhorov told the Wall Street Journal. “It is based on totally irresponsible hearsay and is complete nonsense.”

“Rodchenkov’s statement that I received some money from Prokhorov is a lie,” Starykh told Russian news agency TASS. “I didn’t receive any money.”